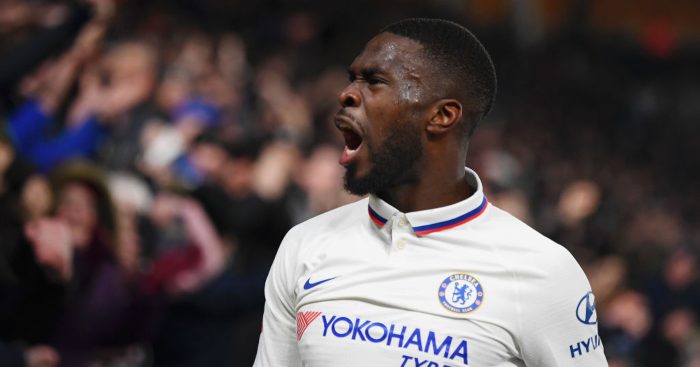 Fikayo Tomori can fight for first-team football at Chelsea after Frank Lampard insisted the England defender is not heading out for an imminent loan.

Tomori has been heavily linked with a loan switch to Everton, with the Toffees understood to be keen to take the 22-year-old to Goodison Park for the season.

Tomori has not featured for Chelsea since February but Lampard revealed the centre-back is in contention for Monday’s Premier League opener at Brighton.

FEATURE: Top ten most expensive Prem recruits from the Championship…

When asked if Tomori would be heading out on loan, Lampard said: “With Fikayo, no, I’m not aware of those conversations getting to any point where I’m going to be talking about that.

“Fikayo trained with us today and is in contention for the Brighton game, and that’s where we’re at.

“There’s nothing specific I want him to improve, all I want him to do is work hard, show the work-ethic he’s shown me at Derby and for major parts of last season.

“I hope every player knows at that point I’m fair in how I try to pick the team.

“With four centre-backs last year, two will be unhappy pretty much every week, it’s up to them to try and make a starting place their own, and those are just the rules at a club like Chelsea.”