Home All The News Lampard, Howe on ‘three-man shortlist’ to take over at Palace 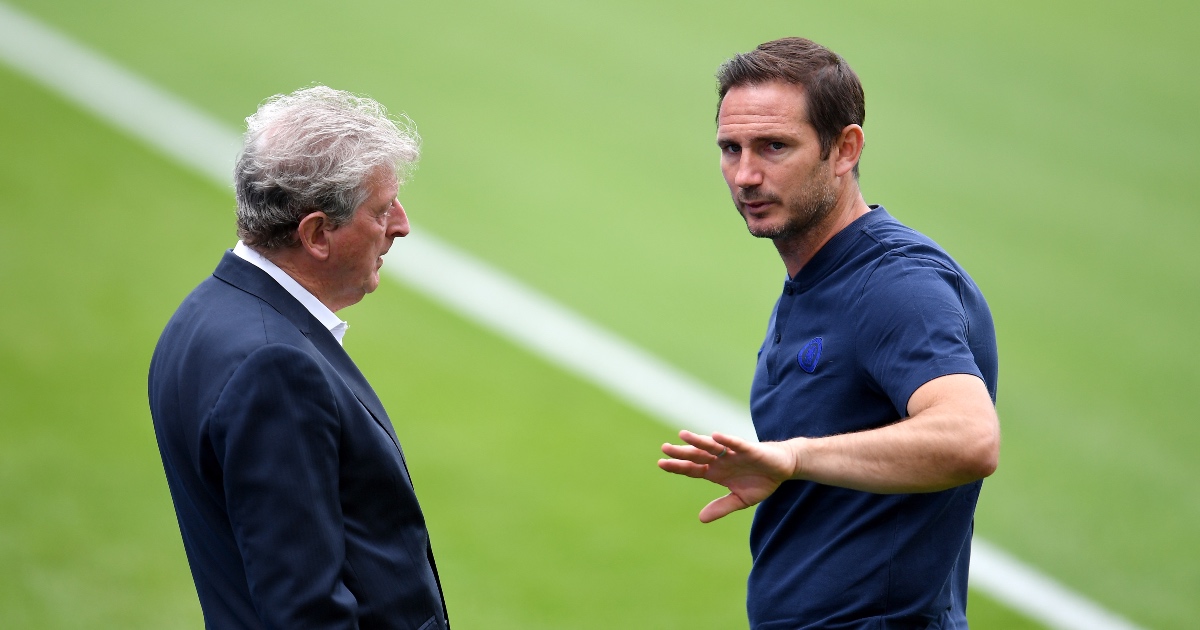 Frank Lampard and Eddie Howe are part of a ‘three-man shortlist’ to take over at Crystal Palace, according to reports.

Roy Hodgson has entered the final few months of his contract, forcing the Eagles to search for his successor.

He is now 73 years old and looks set to announce his long-awaited retirement.

According to Football Insider, Lampard and Howe are joined by Burnley boss Sean Dyche on the shortlist.

Crystal Palace have identified the three Englishmen as ideal replacements for Hodgson at Selhurst Park.

Their top target is believed to be Howe, who has recently been linked with the Celtic job.

Crystal Palace were impressed by his two successful spells at Bournemouth.

Howe took charge of the Cherries when they were in League Two, and either side of a spell with Burnley, helped them to reach the Premier League.

His highest finish with Bournemouth was in 2016/17, when they took ninth place ahead of West Ham and Leicester City.

Burnley’s Dyche is also under consideration. The 49-year-old has helped to make Burnley a Premier League regular since their second promotion from the Championship in 2015/16.

Palace officials hope that either Howe or Dyche would help to stabilise their club and secure top ten finishes.

The third option is Lampard, who has been without a job since his Chelsea departure in late January.

The Stamford Bridge legend reached fourth place with the Blues in his first season in charge.

The start of this campaign was more turbulent, however. His dismissal was caused by a run of just two league wins in eight games.

Lampard was seen by many as being ‘over-promoted’ at Chelsea, as he had never managed in the top flight before.

Managing Palace could be a good step for Lampard as he looks to get his managerial career back on track.

He recently spoke out about his Chelsea exit and the ‘flattering offers’ he’s received since.

The former England international said: “Nobody wants to lose their job and come out of the game you love, but at the same time … when you go into this career, this will happen, no matter how good you think you are or whatever circumstances you are in.

“I’m absolutely appreciative of the opportunity I had to manage Chelsea.

“It was an incredible time. Everyone knows how I felt about the club.

“I’ve had some opportunities that have come up in the last six weeks, two months, that have been flattering but not the right thing.”