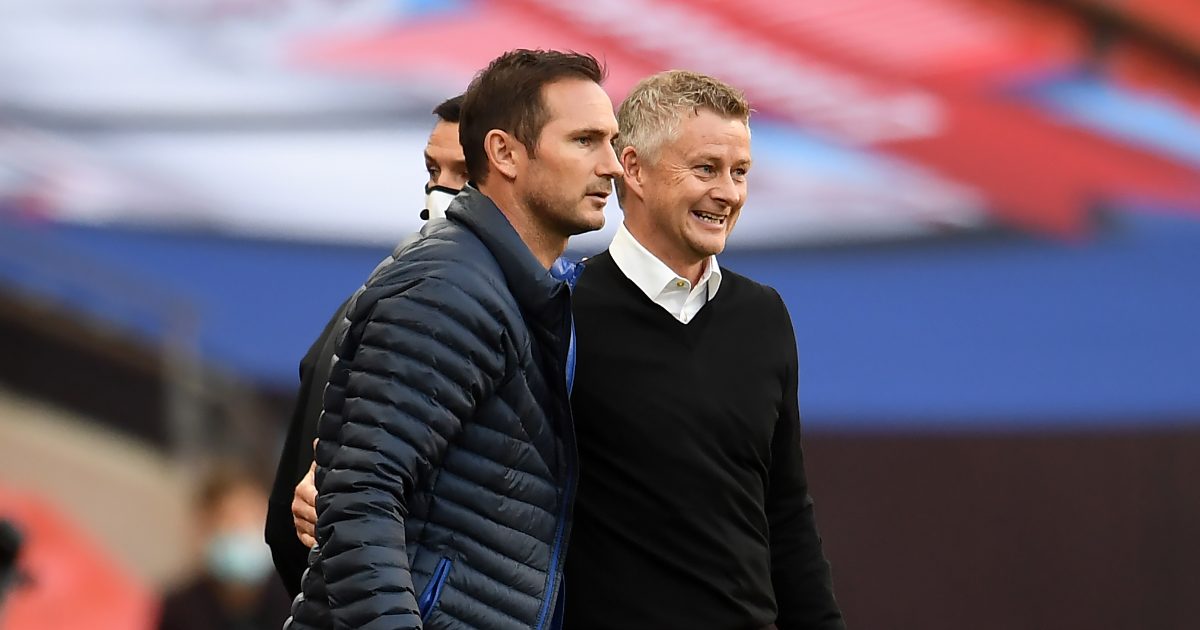 Frank Lampard has “half an eye” on the Leicester City job in case Manchester United decide to target their current boss Brendan Rodgers, according to reports.

The Chelsea legend has been out of work since he left the Blues in January. He was replaced by Thomas Tuchel after a run of bad results saw them drop down to ninth in the Premier League.

Lampard spent around 18 months in charge of Chelsea. He previously had a year at Championship side Derby County.

The 43-year-old has been linked with Newcastle United and Norwich City in recent weeks, but talks between him and those clubs broke down.

Elsewhere, Solskjaer is under pressure at Man Utd. The Red Devils have lost four of their last six league games.

Eurosport are reporting that Lampard has “half an eye on the Leicester situation”. They add that the profile of the Foxes is the “sort of platform Lampard would welcome”.

Elsewhere, Jamie O’Hara has suggested that Steven Gerrard was “on another planet” to Lampard:

“Let’s get one thing straight right now. Gerrard was on another level [to Lampard]. Another planet,” O’Hara said.

“Gerrard was unbelievable, you couldn’t get near the guy. It was a joke at how good he was, he had everything. He had pace, he could score, he could tackle, he was harder than you, fitter than you, had more leadership and could drag the team on his own.

“Lampard was a goalscorer. He’d get in the box and was almost like a No.10, but as an all-round player. But Gerrard was the best player I played against by a million miles. It’s not a debate.

“If Lampard takes the Rangers job, I don’t think that’s a risk,” O’Hara added. “They are top of the league, have a decent squad and Gerrard has left them in a decent state.”

Rangers legend Ally McCoist said: “I still think it’s a great job. You are sitting top of the league, you are in the semi-final of the cup, and if you win your next home game then you are guaranteed second place in that [Europa League] group.

“To continue that is a gamble, but what an attractive job.”