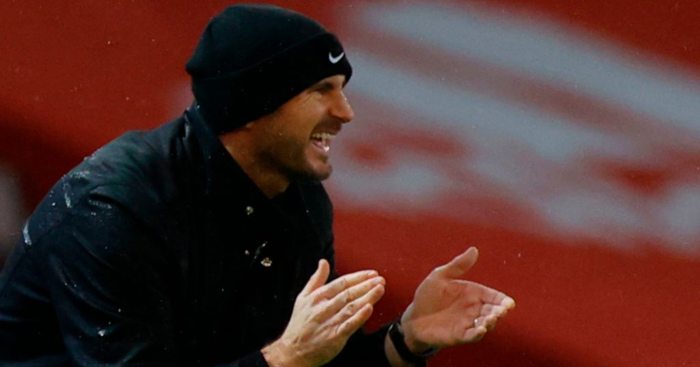 Chelsea boss Frank Lampard thinks some critics have been “very quick to form opinions” and suggested he has been harshly judged for being a “young English manager”.

Lampard led the Blues to a fourth-placed finish as Chelsea qualified for the Champions League in his first season in charge of the club.

Many questioned Lampard’s suitability for the role given his onyl experience as a manager was one season in the Championship with Derby County.

However, Roman Abramovich has shown faith in the Chelsea legend, who is the only English manager at a ‘Big Six’ Premier League club.

When asked if he felt he was judged differently to other managers, Lampard told a press conference: “I think possibly, yes; I think when I got this job a lot of people were questioning me getting the job.

“A lot of people told me ‘are you sure you want to take it’ because of maybe opinion. And I think when sometimes people can be very quick to form opinions straight away, for whatever reason, and being a young English manager with one year at Derby some of that I understood.

“But at the same time I think sometimes we just have to judge people on face value, like we do judge any manager; it doesn’t matter where you’re from, I think all managers should be judged the same.

“I was pretty proud of what we managed to achieve last season in terms of coming in the top four, in fact I thought we could have actually done even better than that for different reasons. But I was happy with that.

“I can’t get swung on opinion though, because if you do that managing a Premier League team if you look at opinion and read and listen to everything, it will affect you every day.

“So I just have to do the job as well as I can. And hopefully, the opinions will speak for themselves.