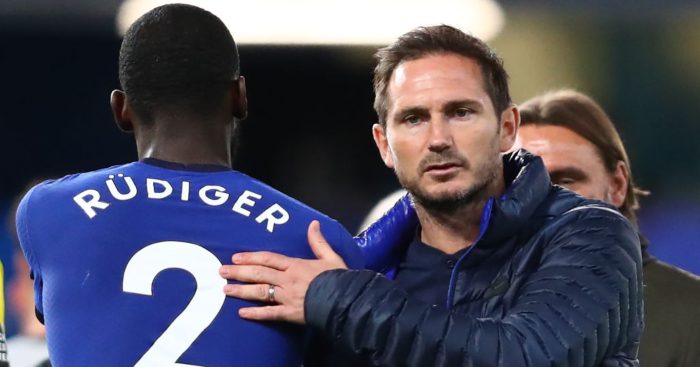 Leicester’s shock 4-1 hammering at Bournemouth and Manchester United’s 2-2 draw with Southampton had handed Lampard’s men a double reprieve after their comprehensive loss at Bramall Lane.

When asked about the performance, Lampard told Sky Sports: “It was ok! I shouldn’t make any jokes, because at this stage of the season as we’ve seen in the last 48 hours, results are critical, and we didn’t concede any chances of big note for them to let them score a goal.

“We created a few ourselves, we get our one goal, maybe we could get more, we could do a bit better with our quality, it was ok and professional.

“I want more but that can wait, I think where we are at at the moment as a team and the position we’re at in the table, I think three points was everything tonight.”

On what he wanted to see from his side before Giroud’s goal, Lampard said: “I want a bit more quality, I believe in the group having more quality than what we showed in the early stages.

“We need to move the ball quicker, not take time, not take touches to allow a team to be compact, we have to move them more and be more mobile in our rotations.

“We did it against Watford in our last home game here and we did it really well, and we’ve done it at parts this season but we need to do it more and really move on. I’m talking longer-term and it can be better.

“But I don’t want to be too critical after three points at this stage. It’s not easy, there’s a nervy feeling for understandable reasons so I’m pleased.”