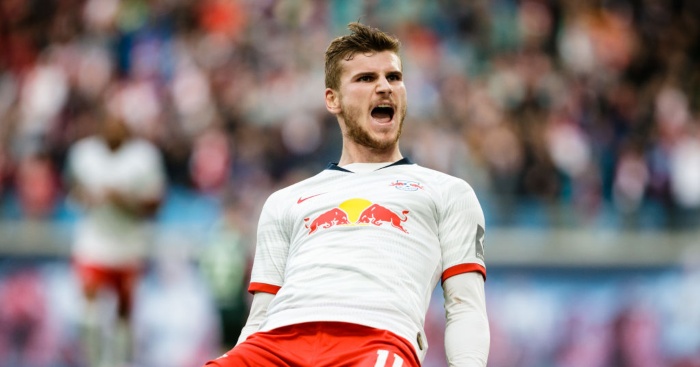 Chelsea have completed the signing of RB Leipzig striker Timo Werner for a fee of £47.5m.

There had been widespread reports that Chelsea would seal a deal for Werner this week after Liverpool decided against spending that amount of money in a pandemic.

The Blues officially announced the signing on Thursday, insisting that the 24-year-old will ‘link up with his new team-mates in July’.

RB Leipzig boss Julian Nagelsmann had insisted this week that Werner remained part of his plans for their forthcoming Champions League fixtures – but Matt Law in the Daily Telegraph says ‘he does not want to play in the delayed Champions League for them in August’.

Chelsea have completed the signing of Timo Werner. Announcement expected and more to follow #cfc

Chelsea will pay Werner £170,000 a week with the Germany international signing a five-year deal and becomes the club’s second signing of the summer after Hakim Ziyech.

The report added: ‘Werner was convinced to join Chelsea by head coach Frank Lampard after he and technical and performance advisor Petr Cech made a pre-lockdown trip to speak with the player, his agent and his family.’

Speaking to Chelsea’s official website, Werner said: “I am delighted to be signing for Chelsea, it is a very proud moment for me to be joining this great club. I of course want to thank RB Leipzig, the club and the fans, for four fantastic years.

“You will forever be in my heart. I look forward to next season with my new team-mates, my new manager and of course the Chelsea fans. Together we have a very successful future ahead of us.”

Chelsea director Marina Granovskaia also commented: “We are very excited that Timo Werner has chosen to join Chelsea. He is a player who was coveted all over Europe and it is no surprise, he has that rare mix of being young and exciting and yet established and proven.

“We can’t wait to have Timo on board, but until then we wish him and RB Leipzig all the best for the rest of this season.”