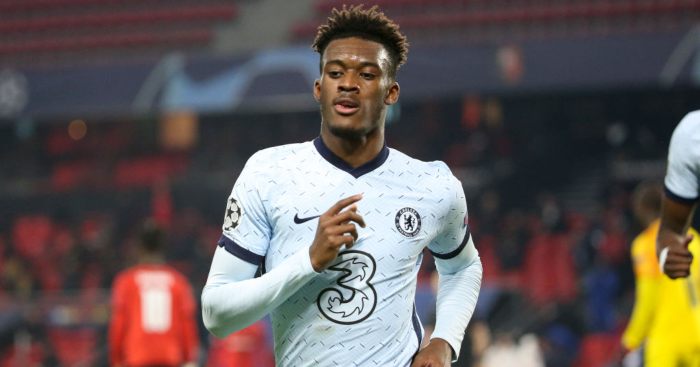 Chelsea boss Frank Lampard says that letting Callum Hudson-Odoi know he had been left out of his squad for the match against Tottenham “wasn’t an easy conversation” to have.

The 20-year-old faces an intense battle simply to take the field this term, given the number and quality of the Blues’ summer recruits.

He scored in their 2-1 Champions League victory over Rennes last Tuesday and was bright when he came off the bench against Newcastle the weekend before.

However, Lampard made the decision to leave the England international out of his Chelsea squad altogether for their clash against London rivals Spurs, with the likes of Christian Pulisic and Kai Havertz on the bench.

Lampard said: “It was difficult to tell him that he wasn’t in the Spurs squad as his attitude has been bang on. He was bright against Rennes and Newcastle. He is getting better and is back in contention and I want him to keep that going. I want him to stay positive.”

Asked how Hudson-Odoi reacted to being left out, Lampard added: “I am aware of Callum and where he is at, he took it well but it wasn’t an easy conversation. I am not worried about the noise around it, I just have to pick the right squad. I have to work with him positively.”

On whether it is hard to motivate his players for their clash against Sevilla, having already qualified from the group, Lampard continued: “It’s certainly not a dead rubber, we want to win the group.

“The motivation for the players is to show why they should be in the starting XI. We are going well and if you switch the light off then it doesn’t go your way.”