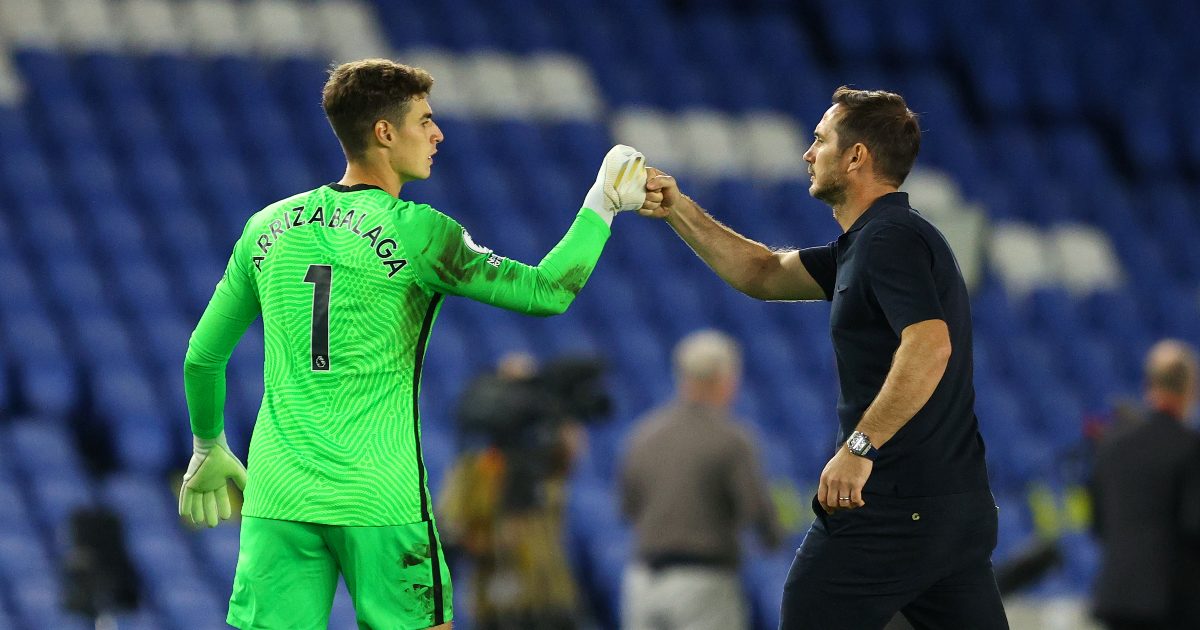 Frank Lampard has suggested that he “had to make a change” in the goalkeeping department at Chelsea as Kepa Arrizabalaga had a “tough” time.

After two years in Atletico Bilbao’s first team, Chelsea splashed out over £70m to sign Arrizabalaga in 2018.

The Spaniard was their number one during his first two years in the Premier League. He was consistently criticised for his poor performances.

At the start of the 2020/21 season, Chelsea spent £22m to sign Edouard Mendy from Rennes. He quickly replaced Arrizabalaga as the club’s number one.

Mendy has played 61 times for Chelsea and he has played superbly since his move to the Premier League.

Speaking on Gary Neville’s YouTube channel (The Overlap), Lampard said that it was “not a simple decision” to take Arrizabalaga out of the team:

“No it didn’t. My communication with upstairs was always good.

“When you’re aware of a £70million goalkeeper that you take out of the team you know it’s not a simple decision.

“Kepa was having a tough time, there’s no bones about it, in the first season. I think he’d say that himself.

Lampard added: “From the conversations we had he was very open that it was a tough time for him and that position is different to every other position on the pitch because you’re getting it all the time and a lack of confidence is going to hit you harder than anything in that position.

“I tried to have open conversations with him. It got to the point where it felt like I just had to make a change.

“There was no feeling of pressure from above is what I’m trying to say. But it becomes very high profile when you do it and there’s that price tag on a player.

“But he was having a tough time and for that reason, I’m not saying he had to come out of the team because that sounds a bit dramatic, but I had to make a decision.

‘They were supportive of [Signing Mendy]. I don’t think I’m being harsh on Kepa here because he is a talented goalkeeper. But he had a tough year when I was there for whatever reason but I felt it was a position we could improve.

“Mendy was the result of that and he’s obviously been fantastic since he’s been at the club.”