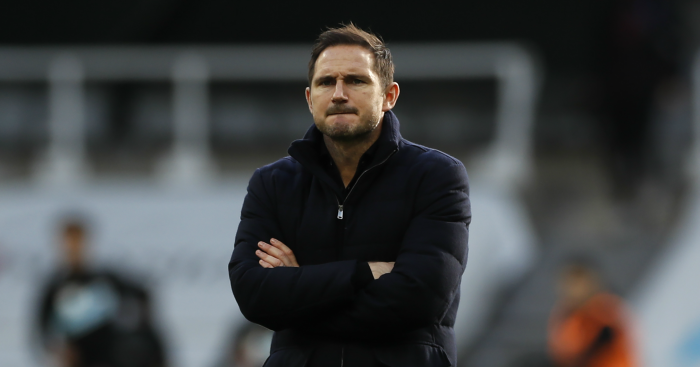 Following Tuesday’s game the forward, who arrived at the Bridge this summer, has not scored in his last three outings for club and country.

Werner would have been desperate to get his name on the score sheet, and was gifted the perfect opportunity when, in just the fourth minute of the match, teammate Callum Hudson-Odoi squared the ball across the Rennes defence, putting it on a plate for the forward to pass it into the net.

Inexplicably, Werner skied the ball over the bar, sending it into the stands at Roazhan Park. The attacker also had a shot saved by Rennes keeper Aflred Gomis in the build-up to Olivier Giroud’s last-minute winner.

Lampard, however, has maintained his support for the struggling forward.

As reported by Metro, when asked whether Werner’s early miss represented room for improvement, Lampard replied: “I don’t know, he’s scored a lot of goals and already he’s adapting to a new league.

“The chance today, Timo wants to score that but the ball’s bobbling as it comes along and I know myself that those finishes look a lot easier from afar than they always are,” continued the Chelsea boss.

“I think it’s just normal that a player of Timo’s quality and where he is that he’s going to get even better, because he’s a top class player.

“I’ve been really happy with him since he’s got here.

Werner and his boss will be hoping the forward can end this mini-drought when Chelsea face Tottenham in a much-awaited Premier League game this Sunday.