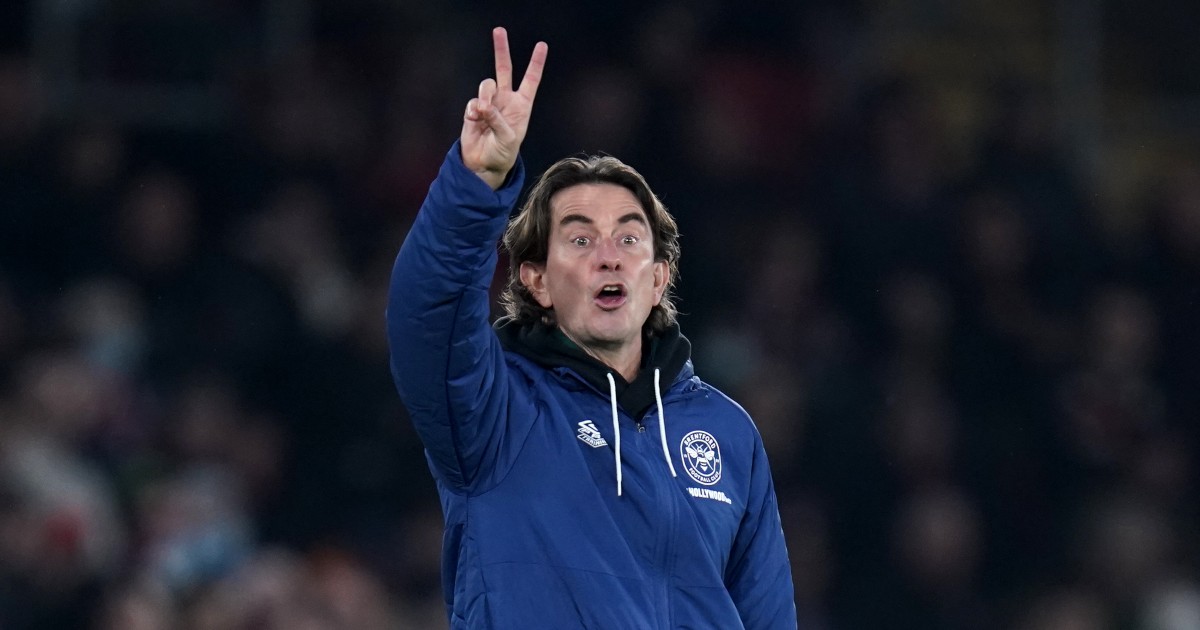 Thomas Frank laid into Manchester United and picked out Jadon Sancho after their 3-1 victory over Brentford.

Manchester United overcame a poor first half to score three times in the second as Ralf Rangnick proved his worth in the dugout.

Brentford had 18 shots to the visitors’ 13 and created a number of chances that Mathias Jensen and Vitaly Janelt failed to convert past an inspired David de Gea.

Frank was impressed with and proud of his players, but also laid a few small digs into their victorious opponents.

“We absolutely destroyed Manchester United in the first half,” he told BT Sport.

"I think we destroyed them. I think they are unbelievably lucky."

"The way we smashed them first half is fantastic."

A sensational post-match interview from Brentford manager Thomas Frank after his side's 3-1 loss to Man Utd.

“I’m unbelievably proud of my team. We are the smallest club in the Premier League, Manchester United the biggest. We destroyed them in the first half, they didn’t have a sniff, we had three huge chances and there could only have been one winner of this game.

“They are unbelievably lucky. I know all the crap about taking chances. They changed the system against little Brentford.

“Fair play to David de Gea, if we get those chances again one will go in the back of the net. Our intensity killed them, we showed that in the first half, we played the Brentford way.

“The way we smashed them in the first half was fantastic, so proud of my team.

“Of the three goals, the second is most disappointing and difficult to come back from. The way we smashed them in the first half was fantastic, so proud of my team.

“I know goals change the momentum of games but if you look at the overall performance over 90 minutes there was only one winner, and that was us.

“I’m unbelievably proud of the team and the players and the way we absolutely destroyed Manchester United in the first half. We had six chances. They had zero.

“It’s a miracle they were not 2-0 down at half-time. My boys always keep running and fighting and they did that until the end.

“The game opened up but they hadn’t had a chance before their goal. That’s why they pay £72m for Jadon Sancho and he’s not even in the team.”

Ralf Rangnick revealed before the game that Sancho had requested bereavement leave to attend a family funeral.

“It would not make sense for him to be part of the squad,” the German said.