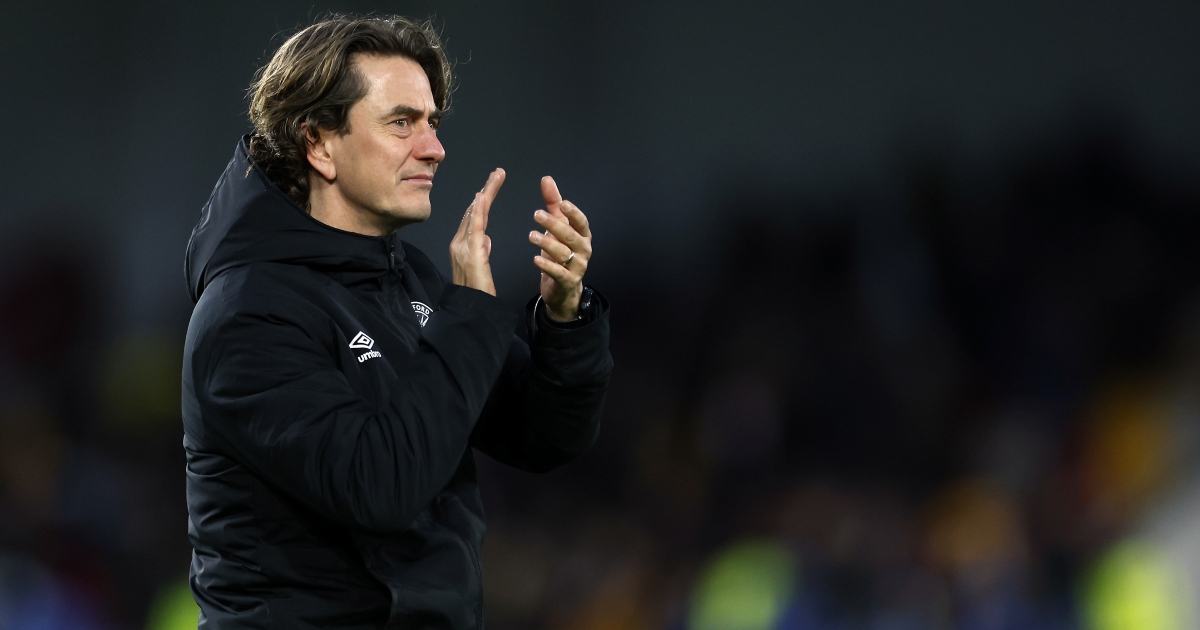 A trip to Vale on Saturday afternoon marks the start of five fixtures in 15 days for Brentford, whose opponents are set to include Southampton and Manchester United after postponements in December due to coronavirus outbreaks.

However, Frank, whose Premier League side were denied a semi-final place in the Carabao Cup for a second successive season after defeat to Chelsea last month, insisted he is not overlooking the League Two Valiants.

Port Vale may not have played in nearly a month because of Covid issues but Frank is full of admiration for Darrell Clarke’s side, despite 62 league places separating the teams.

Frank said: “We truly respect Port Vale, a good team that is doing well in League Two. I’ll put a strong team out there, a strong squad to travel because I believe in keeping the momentum. We’d love to go on a cup run.

Brentford are the prime example of the importance of a manager. The reality is the majority of their players aren't very good yet they're uber-competitive in the best league in the world thanks to their complete tactics.

“I think about the next game, that is now the FA Cup game against Port Vale, we have to do everything we can to win and give it maximum focus. After that it’s on to the next game against Southampton. I like to win, I want to win.

“I’ve heard that playing away to Port Vale is tricky, it’s a tricky ground and will be lively. I hope we have a very fantastic cup atmosphere. We’re up for it, we know how they like to play and try to attack. We’ll be ready.

“I’m 100 per cent sure that Darrell Clarke will put his strongest side out because they have been hit by Covid then got a lot of other games postponed because other teams have Covid. He needs a game with his starting XI which we’re looking forward to facing.”

Winger Sergi Canos and midfielder Mathias Jenson are set to miss out once more with hamstring and hip problems respectively but Frank is optimistic the pair could be available to face the Saints in the top-flight on Tuesday.

Frank, who could welcome back French forward Bryan Mbeumo following a calf complaint, was reminded of the fluctuating fortunes of Brentford and Port Vale, who met in League Two in 2008-09 and League One in 2013-14.

Frank said: “We are not even six months into our first Premier League season but it just put things in perspective. We are in the Premier League, Port Vale are in League Two, we need to embrace that we have done so well.

“Sometimes it is more clear when we play the cup tournaments.”