Home All The News Pundit: Chelsea defender has ‘more to his game’ than Liverpool’s TAA 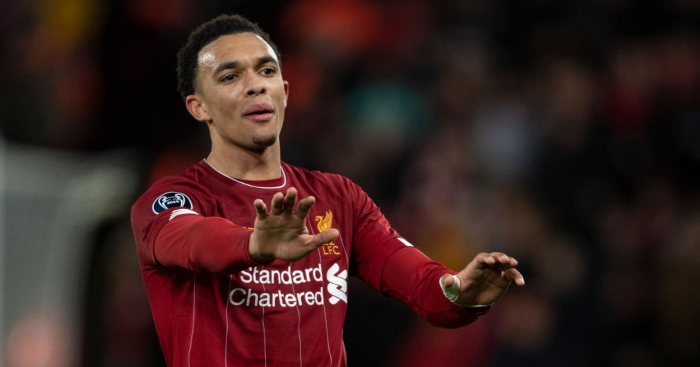 James has been one of several Chelsea youngsters to impress under Frank Lampard this season, after returning from a season-long loan spell in the Championship with Wigan Athletic.

Meanwhile, Alexander-Arnold, who is one year older than James, has firmly established himself as Liverpool’s first-choice right-back, and already has a Champions League winners medal to his name.

OPINION: Do Chelsea have the Premier League’s most complete right-back?

With 12 assists in the Premier League this season – already matching his tally from last term – Alexander-Arnold is widely viewed as one of the most creative full-backs in world football.

However, Sinclair – who made more than 200 appearances for the Blues in the 1990s – thinks James can challenge him for his England shirt over the coming years.

He told Genting Bet: “Lampard and Jody Morris are both massive fans of Reece James. I’ve been aware of Reece James for a number of years after speaking with Jody about the talent coming through the system at Chelsea – he obviously then went to Wigan where he emerged as a quality player playing in a number of different positions.

“The one thing about Reece James is that he can play all across the back four but he can play in the midfield as well.

“It’s going to be a big ask for Reece James to rival Trent Alexander-Arnold given the way that he is performing for Liverpool but I do see faults in Trent’s game.

“Defensively, Reece James is a better defender than Alexander-Arnold at the moment. But, it is hard to find a full-back that produces as many assists in Europe than Trent does for Liverpool.

“Alexander-Arnold will likely command the right-back position for England for the next five or six years but Reece James will certainly push him, especially once he has gained more experience in the Premier League.

“As an all-round full back, I think there is more to his game than Trent as he is good going forward but he is also very strong defensively as well.”

It isn’t the first time Sinclair has spoken about the potential rivalry between the duo. Just last month, he suggested James should consider switching positions if he wants to earn a regular role within the England setup.

Since then, though, James has played all 90 minutes in big games against Manchester United, Bayern Munich and Tottenham Hotspur – as well as a strong performance against Bournemouth and an appearance as a substitute against Everton.

That form may have convinced Sinclair that James really does have the potential to give Alexander-Arnold a serious concern about keeping his place as Gareth Southgate’s go-to man at right-back.