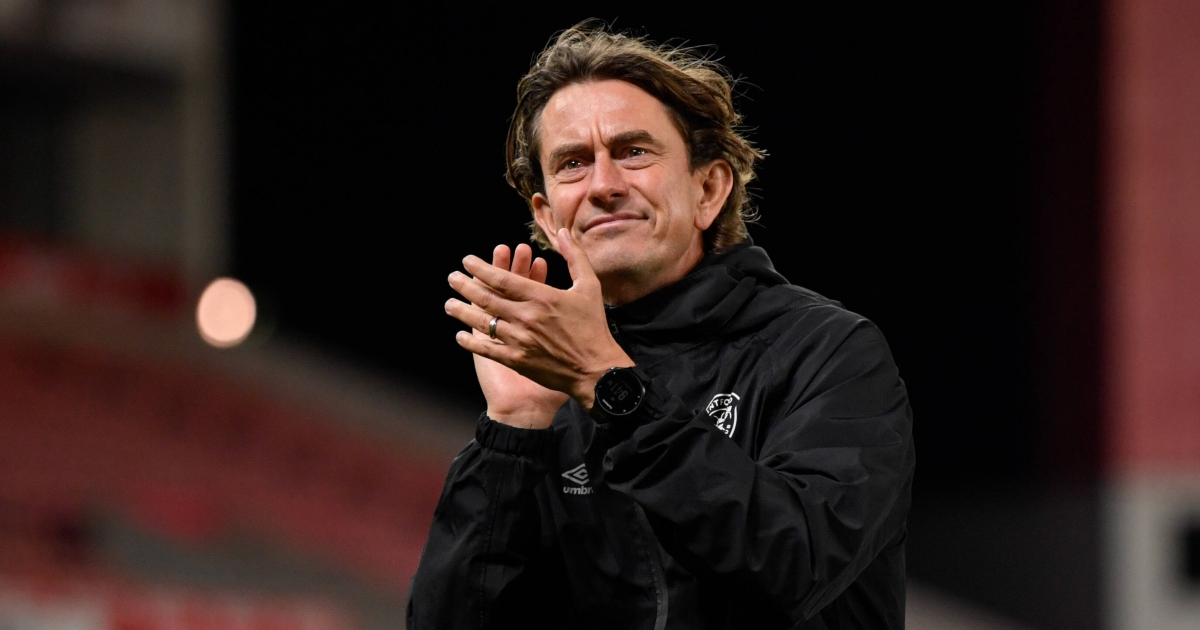 Thomas Frank has urged his Brentford side to be brave in order to return to winning ways at home as they take on Everton on Sunday afternoon.

The Bees have not won a home Premier League game since the opening day of the season against Arsenal, and stopped the rot of four straight losses by salvaging a point at Newcastle last week.

But Frank insists he is unconcerned by his side’s recent plight and believes they are in good shape to recover their momentum and turn their new home into a “fortress”.

Gossip: Man Utd to move for Vlahovic and Milinkovic-Savic

Frank said: “It is extremely important that we are brave. I think we need to be able to have a mindset of taking risks.

“If you don’t take risks it’s impossible. You need to be brave and take risks if you want to have a chance of winning football matches.”

Frank is likely to be boosted by the returns of Yoane Wissa and Mathias Jensen to his squad after the duo shrugged off ankle and Covid issues respectively.

However, Frank revealed defender Mathias Jorgensen is likely to be sidelined once again with an unspecified leg injury.

Frank says he is unconcerned by his side’s plight at home, especially in light of their continued away heroics, but admitted a victory on Sunday would be a further significant step in their top-flight campaign.

“I would prefer our home form to be a fortress and 100 per cent difficult to play at but I’m not worried,” Frank added.

“I think if you want to achieve something it is extremely important to be able to get points at home and away, and I’m pleased we have been so consistently good away from home.

“In every aspect of football that is the most difficult thing and I think the home form is just around the corner.”

“These are a Slovenian top-flight side that I would expect a National League side to give a game.

“It has been a disgrace and some of the players – and I’ll name them as well – (Matt) Doherty, (Tanguy) Ndombele, Dele Alli, Davinson Sanchez were absolutely shocking, they shouldn’t wear a Spurs shirt again some of them in my opinion.”