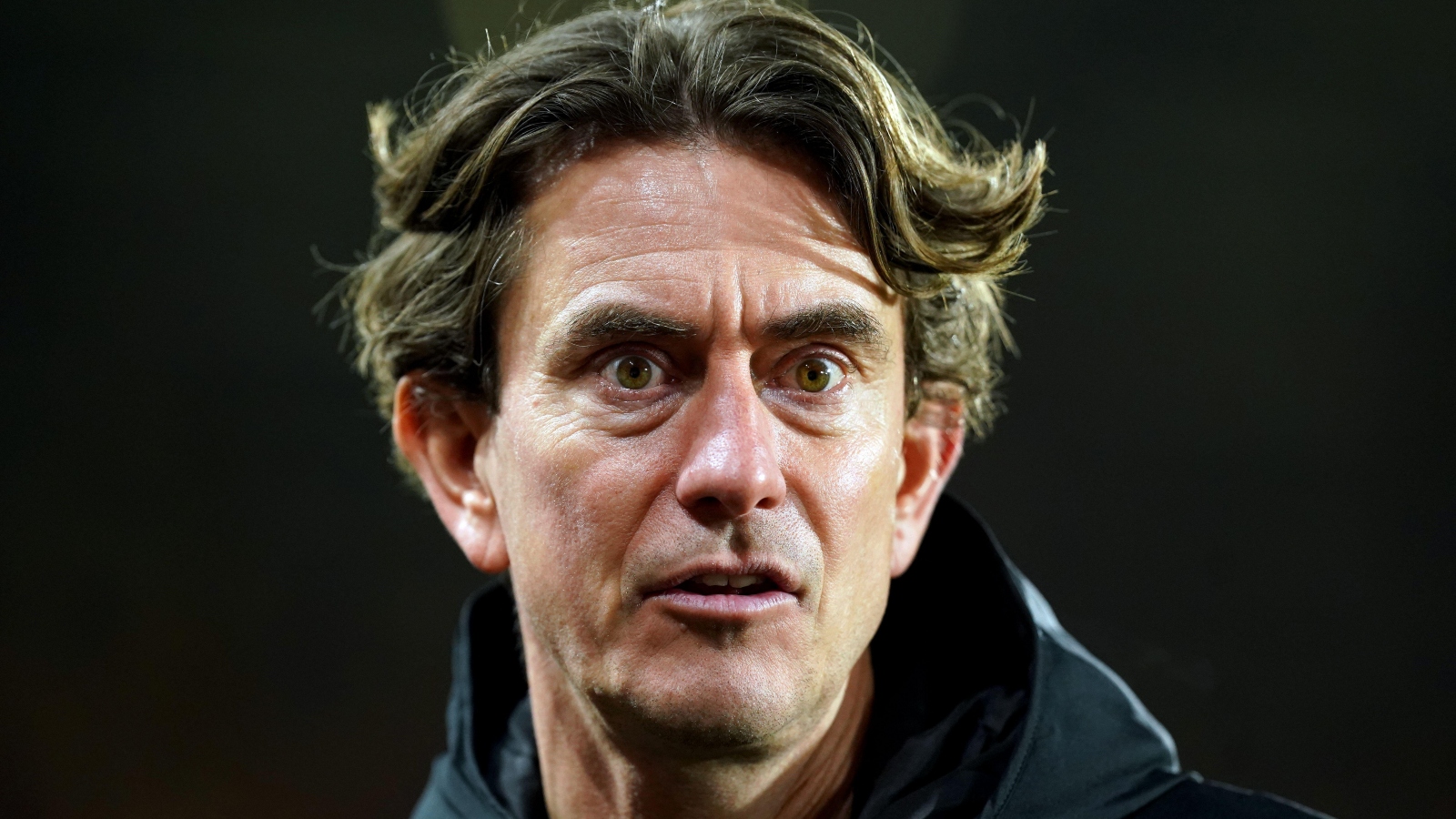 Brentford head coach Thomas Frank is happy to keep gambling on youth in the transfer market after a “classic” window for the Bees.

Brentford again lived up to their reputation as a tight ship in comparison to major fees and recruitment drives across the Premier League.

And manager Thomas Frank insisted the Bees are still content to stick to their tried and tested methods.

“The areas we wanted to improve the squad, we ticked those boxes,” said Frank.

“It was a classic Brentford window. We got two free transfers and three young talents that we are very pleased we have got.

“We are willing to take a gamble on young players.

“We definitely have a limit to how much we can and will pay. If you look at the numbers spent this window it has completely exploded off the scale.

“The Premier League is a different world compared to all other leagues.”

Brentford’s 4-0 thumping of Manchester United remains one of the standout results of the embryonic Premier League campaign.

But the Bees have battled to three draws and a loss beyond that, leaving boss Frank hoping for more from his side.

Brentford scrambled a 1-1 draw at Crystal Palace in midweek, with Frank taking heart from the point.

The Londoners take on Leeds United this weekend hoping to double their win tally in the Premier League this campaign.

Christian Norgaard will miss out through Achilles trouble this weekend, though Pontus Jansson and Kristoffer Ajer should be available.

“The last game was a step forward in terms of defending as a team,” said Frank.

“We gave very little away. It took a bit of brilliance from Zaha to score a goal.

“For me it is about keeping consistency in performances.”

Norgaard is expected to be out of action for several weeks, but will not need surgery.

Pontus Jansson is fit again after foot trouble, with Kristoffer Ajer also on the way back after a hamstring problem.

Leeds will be without Rodrigo after he dislocated a shoulder in the midweek home draw against Everton.

Patrick Bamford stepped off the bench on Tuesday night after recovering from a groin strain and is hoping to start, while fellow striker Joe Gelhardt is also in contention.

Skipper Liam Cooper, who sustained a calf problem after recovering from an Achilles injury, could be named among the substitutes, while Junior Firpo and Luke Ayling (both knee) are back in training.