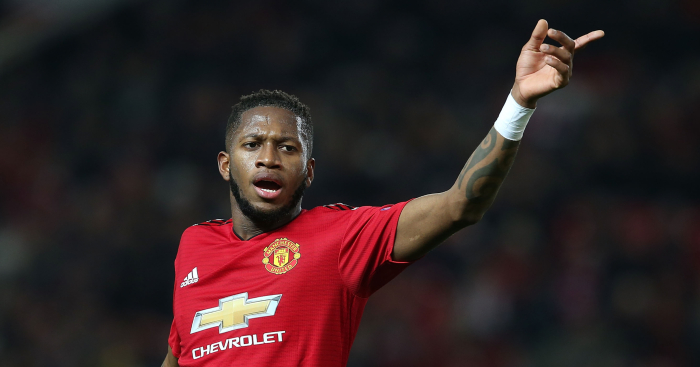 Manchester United midfielder Fred has admitted that his Old Trafford has not got off to a perfect start.

Fred was United’s most-expensive summer recruit after the Red Devils paid more than £50m to Shakhtar Donetsk for his services. However, his transition to English football hasn’t been as smooth as he would have liked, making just six Premier League starts so far.

Despite this, Fred recently insisted he has a positive relationship with Mourinho, who gave the 25-year-old a start in Tuesday’s night’s Champions League win over Young Boys.

However, in his most recently interview, he has admitted that he has been annoyed by his start to life in Manchester.

“I’ve played very little at United, so it’s normal for Professor Tite not to be able to evaluate me, even though I’ve worked hard with him before,” he told reporters.

“Of course, I was annoyed, but I have to know how to deal with the sadness to be able to help me take a step forward.

“The coach has chosen not to put me in the team. That’s his choice. I still do my job and I can’t let it affect my mindset, I cannot let that shake me. I have to be patient.

“It’s been a bit of a difficult start for me at United because I have not been playing so much. I had a lot of games in Shakhtar, but it’s a little bit different here. It’s normal, of course, a process of adaptation to a different league.

“Although I’ve been to Europe before, now I am in a different country and I have to go through a new process of settling in. But today I see myself much better and I hope that my football will be 100 per cent soon.

“I think I had a great performance against Young Boys in the Champions League. We had the opportunity to score a few times before we scored the goal at the end, but I was very happy to have returned to the field and I hope to continue playing more.”