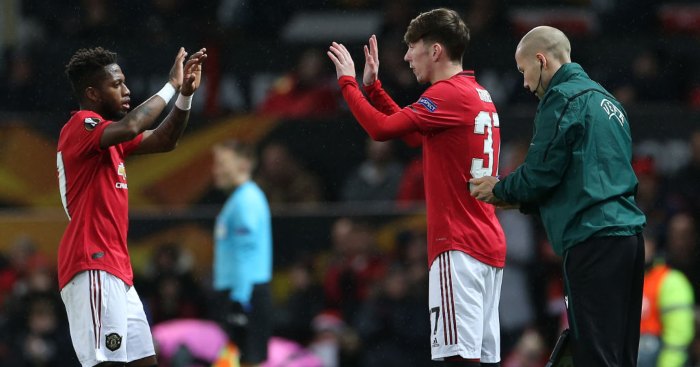 Fred says that Man Utd youngster James Garner is the player that has surprised him “the most” since he joined the club.

The Brazilian has been one of the standout performers for Man Utd this season, after a difficult start to his career in England.

Jose Mourinho signed Fred for £52million in his final summer at the club, but the 27-year-old struggled to adapt to the Premier League in a difficult period at the club.

Since his arrival in 2018, Fred has loved to see youngsters coming through at Old Trafford and he’s picked out Mason Greenwood and Garner as two that have particularly impressed him.

Fred told Sport Witness: “We have a lot of academy players with a lot of quality. Mason has been playing, but the one that surprised me the most and whose style I like the most is James Garner.”

Fred insists the club are now on the right path, he added: “I hope so. The club bet on a youth base, bringing specific pieces for some positions. The sequence of Ole’s work has been important in this regard as well.

“I believe we had a chance of winning the Europa League and we’re going to look for more. United have good pressure to win titles constantly.”