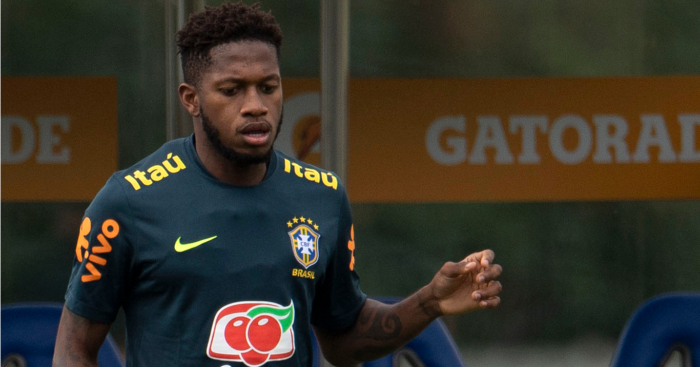 Manchester United target is leaving his proposed move to Old Trafford in the hands of his agents while he focuses on the World Cup.

The Brazil midfielder is a target for Jose Mourinho, with reports this week suggesting a deal with Shakhtar Donetsk is in the offing.

United are said to want an agreement wrapped up before the World Cup begins, but the 25-year-old insists he is ignoring the speculation while trusting his agents to take care of his business.

“My head is in the World Cup. My agents are taking care of it,” he told a press conference while on Brazil duty.

“I try to do my work in the field and leave the extra field for Gilberto Silva.

“My staff are looking at what is best for me. Who knows after the World Cup I can make the best choice for me.”

Fred’s representatives reportedly flew into England this week to thrash out a final agreement with United.

The Red Devils are also keen to tie up a deal for Tottenham defender Toby Alderweireld, while West Ham forward Marco Arnautovic is also reported to be a target.