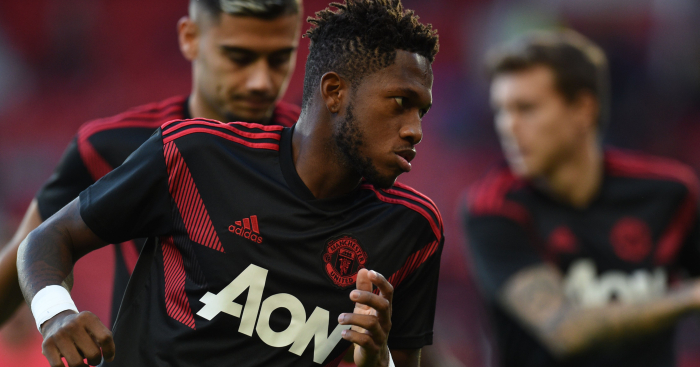 Fred has praised former Arsenal midfielder Gilberto Silva for helping him decide to join Manchester United over the likes of Manchester City and Paris St Germain.

Rejecting the overtures of rivals City, PSG and some clubs in China, Fred joined from Shakhtar Donetsk in a £47million deal and thanked agent Gilberto, part of Arsenal’s Invincibles, for helping pave the way to Old Trafford.

“Gilberto was a top midfielder who played for Arsenal,” Fred told the club’s official website.

“But he has a lot of respect for Manchester United, who are obviously a big club here in England.

“He praised the club a lot and, after he was granted the opportunity to speak to Jose Mourinho and other senior figures at United, we made the decision together for me to come here. We decided it would be a good move for me.

“Gilberto is a top guy and his advice means a lot to me.

“He played in the same position as I do and he won the Premier League, so I look to him for inspiration, I listen to what he has to say and I take on board what he tells me.”

Fred is pushing to make his third United start when United host Tottenham on Monday.

Mourinho’s men will be desperate to move on from the 3-2 humbling at Brighton – a match that Alexis Sanchez missed with an unspecified injury.

The United boss said after the loss at Albion they were awaiting test results, but did not think it was a “big thing” as he suggested a one or two-week absence.

Former Arsenal forward Sanchez is attempting to be fit in time for Spurs and posted snapshots of his progress on Instagram.

“Training be back soon,” he said in one post at the Aon Training Complex on Thursday afternoon. “Come on United.”

Later that evening he posted a video with his dogs in the garden, saying: “Gym at home.”