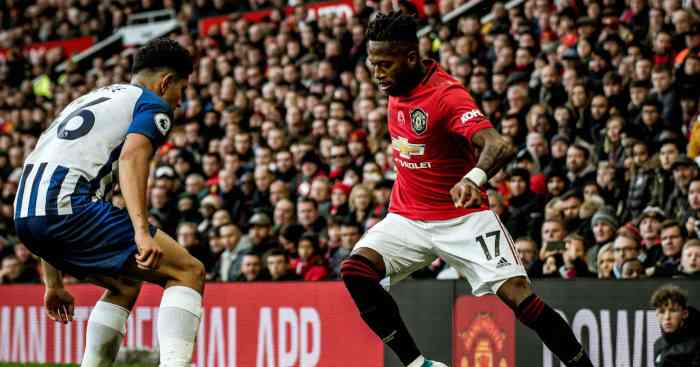 Fred has credited Ole Gunnar Solskjaer with his improved form at Manchester United as he can feel his “trust”.

Following United’s 3-1 victory over Brighton at the weekend Solskjaer lauded Fred‘s contribution, insisting he was central to stopping the Seagulls from getting into the contest.

The Brazilian was recruited in a £52million deal from Shakhtar Donetsk and has struggled to adapt to English football – but there is a feeling that he may have turned a corner at United.

Fred told The Athletic: “The trust from the manager is important and I feel I have this.

“I just want to continue doing what I’m doing, playing well and starting the games — but I want to score, too. I came close [against Brighton] and hit the bar but I’ll keep working until this happens.

“I’m very happy, firstly because we won but also because we’re getting some rhythm and we’re doing well in the cups.

“But we needed to do better in the league. We just have to carry on fighting so that we reach the Champions League.

“I’m feeling better than I’ve ever felt since moving to England. All I ever wanted was to play regularly and now that I’m doing that, there’s no doubt my confidence is higher and that helps any player.”