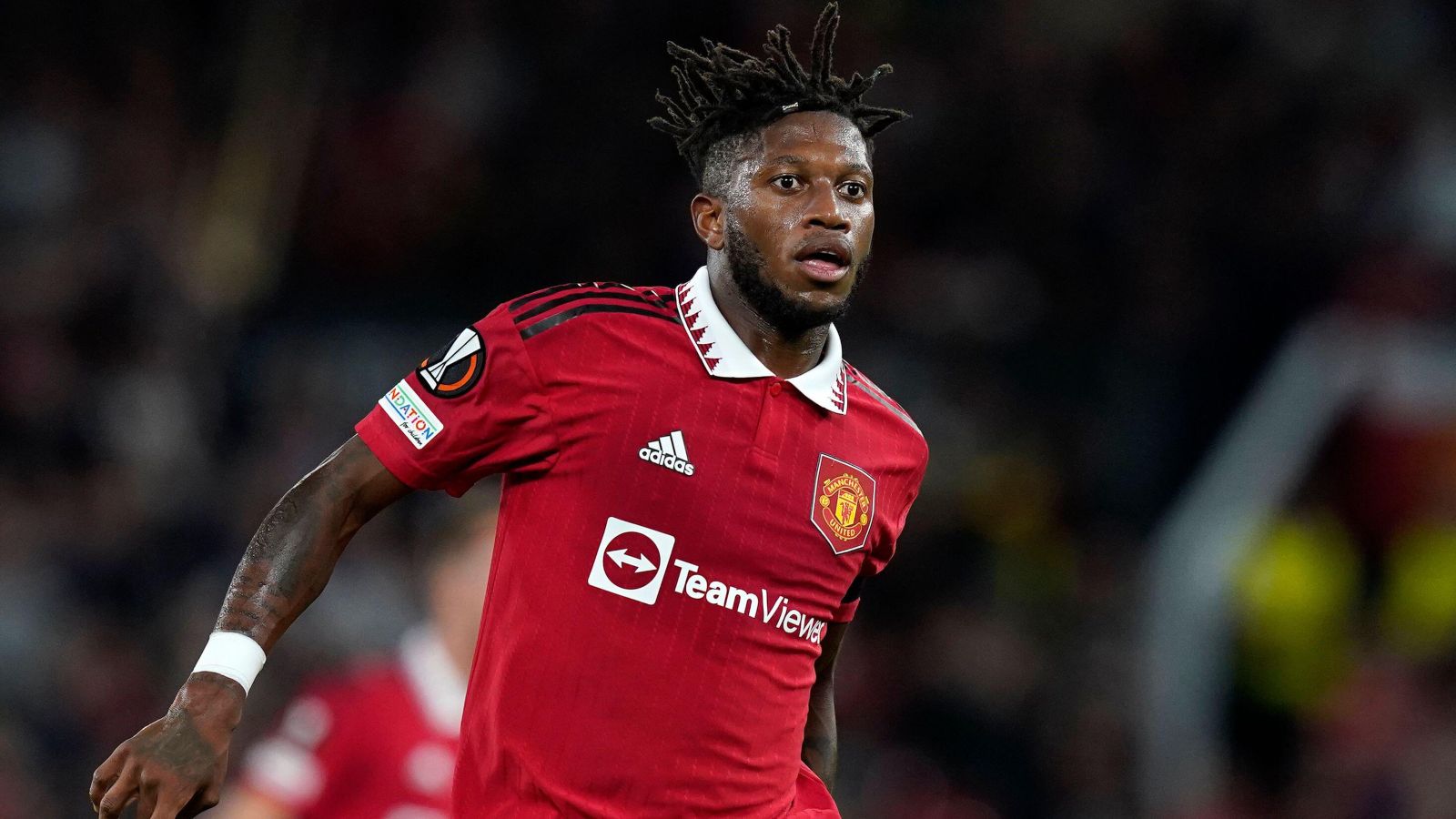 Fred has hit back at Paul Scholes and other pundits over their “very annoying” criticism of Brazilian players after the Man Utd legend slammed “ridiculous” Antony.

The Brazil winger was criticised for showboating at 0-0 against FC Sheriff in the Europa League on Thursday night with Antony spinning with the ball at his feet and no-one around him.

Antony was subbed off at half-time in the 3-0 win but Scholes thinks the former Ajax star needs some of his showboating “knocking out of him”.

Scholes said on BT Sport: “If I was that number 61 I know what I would be doing. I don’t know what he is doing, it is just ridiculous.

When asked how he felt about the criticism Antony had received from Scholes and others, Fred told ESPN Brasil: “It’s very annoying that they want to say that. I think it starts with us being Brazilians. Brazilians have quality in their blood. It’s always been that way since Pelé, to have quality, to dribble, to score, to dance, to smile.

“So I think people have to understand this aspect that we have. So it wasn’t offensive to anyone what he did. Of course, if it’s offensive, we’ll come to him in the dressing room and talk. But it was not offensive to anyone. It’s his game. I think he has to keep doing it.”

“Dribbling, doing what he likes to do because he has the quality for it, so he has to keep doing it. Casemiro and I don’t have the quality for that (laughs), so we can’t do it. Leave it to Antony, to Neymar, to Vini, to those players in attack.

“So he has to do it. I think those who have quality have to show it on the pitch there. If you want to control differently, you can control. You want to do a spin that he likes to do, you have to do it. Dance, you can dance.

“As long as it’s with respect to the opponent, obviously. But I think it’s valid. And I think people have to stop talking on television there, wanting to pull up a subject. Because you have the quality for it, so you have to do it.”

Asked by a pundit if the criticism was “out of proportion”, the Man Utd midfielder added: “I think so. Also because, as I told you, they are players who have a lot of quality to do that. So sometimes people end up… I don’t know, in their countries they don’t have players of the same quality who do that.

READ MORE: Antony v The Old Men leaves only one winner and he is Brazilian and doing spins