Home All The News French in ‘outstanding gesture of camaraderie’ 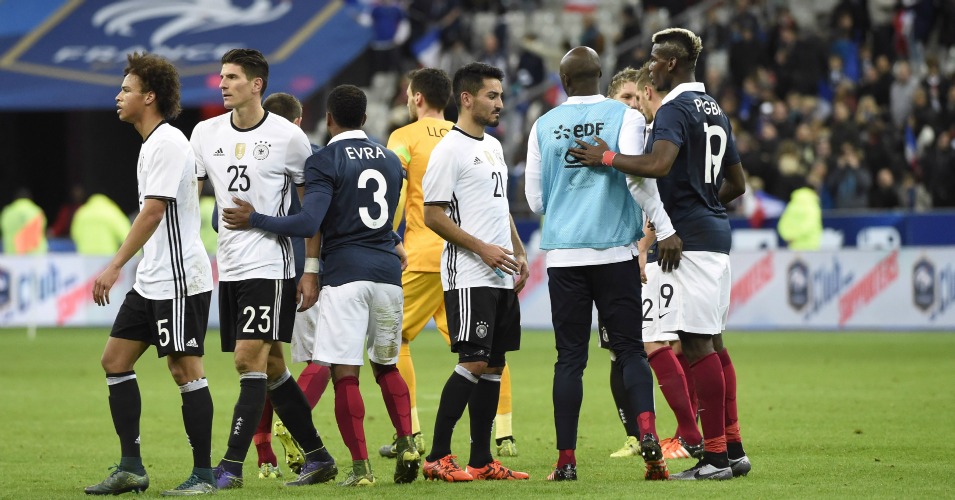 French players refused to leave the Stade de France and instead spent the night with the German players, following the attacks on the French capital.

Germany were taken to the airport on Saturday morning to return home rather than returning to their hotel, which had been subject to a bomb threat earlier on Friday.

France’s players refused to return to their homes as a show of solidarity with their opponents.

“The French said that they were staying as long as Germany had to stay,” said the German Football Association’s caretaker president Reinhard Rauball.

“That was an outstanding gesture of camaraderie.”

The two teams learned of the attacks once the final whistle had been blown in a 2-0 win for the hosts.

Two explosions outside the Stade de France were felt inside the stadium, where those close to ground level reported they could feel the ground shake.

“The players were very afraid,” said Germany’s general manager Oliver Bierhoff. “We didn’t want to take any risks and we didn’t know either whether all routes would have been secure.”

A group of minibuses did leave the stadium in the early hours of Saturday morning, but none of the players were on board.

Instead, they were sent out as a security measure, and to collect the players’ belongings from the team hotel.

A flight was arranged to take the Germany squad back to Frankfurt and Munich on Saturday, with the players all given the day off.

The DFB are currently deciding whether or not a planned international friendly with the Netherlands on Tuesday in Hanover will go ahead.

“The game is planned to go ahead, but we’ve got to talk about it internally,” said Bierhoff on the DFB’s website.

“Our thoughts are with the victims and their relatives. We are just happy to have landed safely.

“The team, and the team behind the team, all acted incredibly professionally in solving this special situation.”