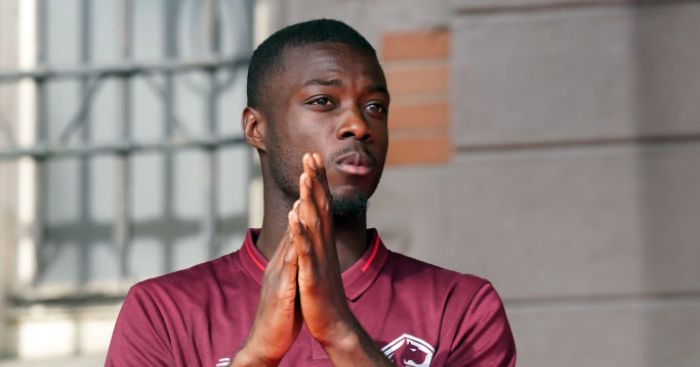 Arsenal are ‘in advanced talks’ with Nicolas Pepe after agreeing a £72m fee with Lille.

BBC Sport’s David Ornstein revealed that the Gunners had made a breakthrough in negotiations over the Ivory Coast forward, with the deal expected to go through by the end of the week.

They are far from the only suitors for Pepe however, with up to five clubs thought to have either agreed a fee with Lille or expressed a strong interest in doing so.

Napoli are known to be among them after Carlo Ancelotti confirmed as such, and The Guardian suggest they will table a ‘fresh bid’ in the coming days.

They add that Arsenal ‘lead the race’ however, and ‘are understood to be in advanced talks’ over a five-year contract offer.

The Sun claim that Pepe is still waiting on an offer from Manchester United, but they’re a little busy chasing John McGinn.