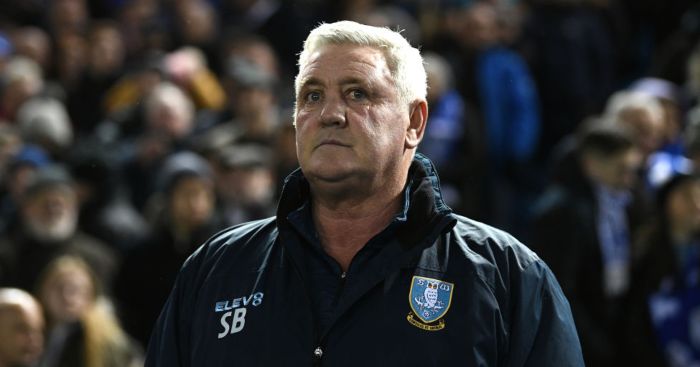 Steve Bruce is Newcastle’s first choice to replace Rafa Benitez as manager – because Mike Ashley reckons he can offer him a relative pittance to take over.

Bruce seems certain to be appointed at St James’ Park at some point next week, telling the media on Saturday that he is waiting for the Magpies to reach “some sort of compromise” with current club Sheffield Wednesday.

The Daily Mirror say the 58-year-old ‘has agreed to take the role’ due to his ‘desperation’ to take over his boyhood club.

But his ‘basic wage’ will be about one-sixth of Benitez’s £6million a year, with Bruce taking home £20,000 per week.

That would make him the Premier League’s lowest-paid manager, albeit on an incentive-based contract that will reward him with ‘an extra payment for every place Newcastle finish above the bottom three’.

A mid-table finish would therefore see Bruce earn ‘a Benitez-style bonanza payment’ if Newcastle, who are ‘not prepared to pay anywhere near’ his £5m compensation clause, can somehow persuade Wednesday to lower that demand.

Bruce, who ‘still harbours regrets’ about turning down the job when Sir Bobby Robson left in 2004, will offer Graham Carr a return to the club in a ‘senior scouting role’.