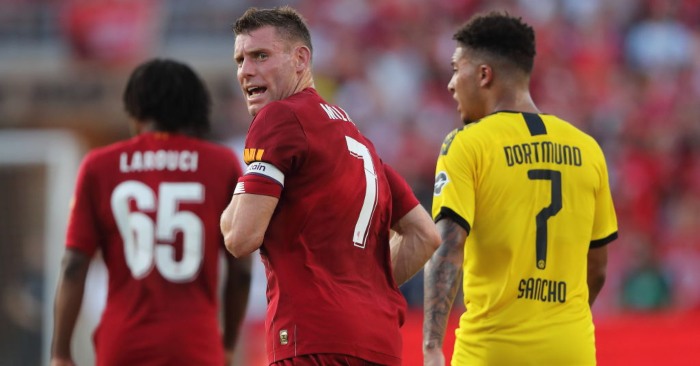 In August 2008, the Detroit Lions began their pre-season schedule against the New York Giants, who were the reigning Super Bowl champions. The Lions won. The following week, the Lions beat the Cincinnati Bengals and followed that victory with wins over the Cleveland Browns and the Buffalo Bills. The Lions recorded the best pre-season of any team in the NFL that season, the first time they had won all four of their friendlies in 15 years.

Having coming off a 7-9 season in 2007, the Lions had hopes of making the end-of-season play-offs, hopes that were spurred on by their pre-season performance. But as supporters enthused about the quality of the team, coach Rod Marinelli was asked what the Lions’ pre-season form meant for the following season. The reply was a single word: “Nothing.”

That was just about the only thing Marinelli got right in 2008. The Lions did set records, but only by ‘boasting’ the worst record of any team in NFL history. They played 16 regular season matches, and lost every one. In those irregularly produced lists of the worst teams in the sport, the 2008 Lions usually finish top. Pre-season expectation became regular season ignominy.

Football has its own examples. In 2003, Arsenal lost to Peterborough United in pre-season and drew with SC Ritzing, Celtic, Beveren and Barnet, a 0-0 notable only for the presence of Yaya Toure alongside his brother in Arsenal red and white, an individual display that Arsene Wenger would later describe as “completely average”. That season ended up okay.

In July 2009, Newcastle lost 6-1 at League One Leyton Orient before drawing their remaining two friendlies against League One Leeds United and Dundee United. That defeat raised questions about whether Chris Hughton should keep his job as caretaker manager. A fortnight later, Newcastle began their league season with five wins out of six, Hughton got the job full-time and promptly won the Championship title.

In July 2017, Manchester City lost the first Manchester derby to be played outside of England. The replies to the club’s tweets on the game reflect a concern from supporters that more signings were needed in order to compete. A year later, Manchester City finished 14th of 18 teams in the International Champions Cup, losing to Borussia Dortmund and Liverpool. Again, the response to those results was a slew of refereeing gripes, crowing Liverpool supporters and City supporters insisting that youngsters such as Eric Garcia must be part of the first team. It turned out that Pep Guardiola knew what he was doing.

Still people refuse to learn. Look at the reaction to Chelsea losing to Kawasaki Frontale, or West Ham being beaten by Newcastle United, or Nottingham Forest conceding the first goal to Alfreton Town. We used to be able to at least wait until the start of the league season for supporters to get impatient and angry. Now even that impossibly early deadline has been brought forward.

One of the great shames of modern football fandom is the separation between importance and experience. The more seriously supporters take it, the less they seem to enjoy it. It stands to reason. If something means more, it makes you fraught and frantic, ruining the journey and only making the destination enjoyable if your club is successful (and even then only for a short period until the worrying starts again).

That is the great shift in football tribalism: Where once we revelled in the journey, the experience, now people can only celebrate the destination. Anything that is perceived to be acting as a barrier to that destination, however small – lack of marquee signings, keeping faith in a manager, losing pre-season matches – provokes a reaction. Anger and social media abuse is a symptom, not the disease.

That anger (and ebullient confidence) is, at least in part, entirely fabricated. One of the characteristics of tribalism is a desire to outwardly demonstrate your loyalty and commitment. To some, getting angry about the result of a meaningless match is proof that you care more than anyone else. A reminder that should not be needed: Supporting a football club is not a competition. The only way you win is if it makes you happy.

The media is partly responsible here, driven by a need to push traffic during the summer particularly prevalent when the transfer window has gone a little quiet. Outlets go mob-handed to faraway pre-season tours and must justify that presence with content and copy. In the age of the newspaper, space would be filled with other sports and pre-season results were merely afforded the space of a scoreline. In the age of the internet and its infinite space, we get entire columns about friendlies. (And columns about why there shouldn’t be columns about friendlies. I am aware of the column-ception irony here).

To use the example of the Manchester derby friendly in July 2017, two of five ‘things learned’ were that Ederson looked worryingly like Claudio Bravo and Henrikh Mkhitaryan could shine as Manchester United’s No. 10.

There is a point to pre-season, of course. It allows for fitness building and increased familiarisation between new players and new managers. It provides an ideal environment to give academy players experience. It allows supporters around the world to see the teams they have followed for years but never witnessed live. The cheap ticket prices and lower-key atmosphere make it the perfect opportunity to take a young child to their first match. It can offer insight into how a team will set up tactically.

But none of those provide persuasive evidence that you should care about the result, or draw any long-lasting conclusions based on the scoreline. Pre-season is a void-filler, a reward for making it through the domestic football-less summer and a reminder that another long campaign is just around the corner.

Just like you wouldn’t walk out of a fancy restaurant because you didn’t like the amuse bouche, don’t fall into the trap of reacting to the events of a friendly. Doing so is a sign that your support has become unhealthy, for you and those around you.