Home All The News ‘Frigging hopeless’ Newcastle were ‘sh*te’ – Bruce 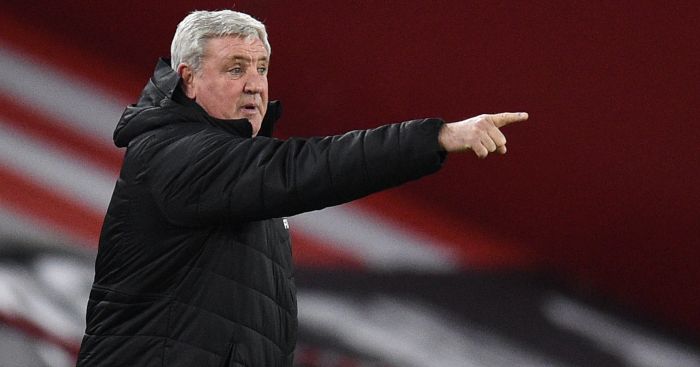 Steve Bruce has warned that Newcastle United’s bid to drag themselves away from Premier League trouble may not be pretty.

Newcastle head for Arsenal on Monday evening with their 60-year-old head coach bearing the brunt of concerted criticism over a run of eight games in all competitions without a win, culminating in Tuesday night’s dreadful 1-0 defeat at Sheffield United, the Blades’ first Premier League victory of the season.

During that period, Bruce has had to contend with the after-effects of a coronavirus outbreak which has robbed him of livewire frontman Allan Saint-Maximin among others and, while he acknowledges that his team’s issues extend further than that, he will not take a gung-ho approach to recovery.

Asked about the disquiet, Bruce said: “I understand that. I could say we’ve had our most exciting player missing for weeks – I’m not going to use that as an excuse, but if you took Wilfried Zaha out of Crystal Palace, are they the same?

“It’s a fair criticism because the last game in particular was awful and if I was a supporter, I would feel exactly the same way.

“But I keep stressing, if you’re in the bottom half of the Premier League, you have to be a bit pragmatic. You’ll see every manager say, ‘The one thing we need is to give ourselves a chance by keeping a clean sheet’.

“Now, getting that balance right, I fully, fully understand. But have Newcastle been a good watch for years? We’ve been in the bottom half of the Premier League.

“Now we’re not saying it’s acceptable, but it’s the way it is, it’s the reality of what it is. We’re in the bottom half, so we have to have a certain way of defending well. But we have to offer more going forward.”

Newcastle have drawn with Liverpool in the league and held the Gunners to 0-0 after 90 minutes in the FA Cup third round during their barren run, but have faltered against the likes of Sky Bet Championship Brentford and Sheffield United, and that is a concern for Bruce.

He said: “I have to accept that when we’re expected to win, then we don’t handle it very well at all, so it’s something we have to deal with.”

“Unfortunately that’s happened a little too often in my 18 months here; it was nowhere near good enough for the challenge ahead. Maybe it’s a mentality thing.

“We’ve thrown that hand grenade in too often and that’s what we have to erase. It’s the disappointing thing I’m going to have to improve.”