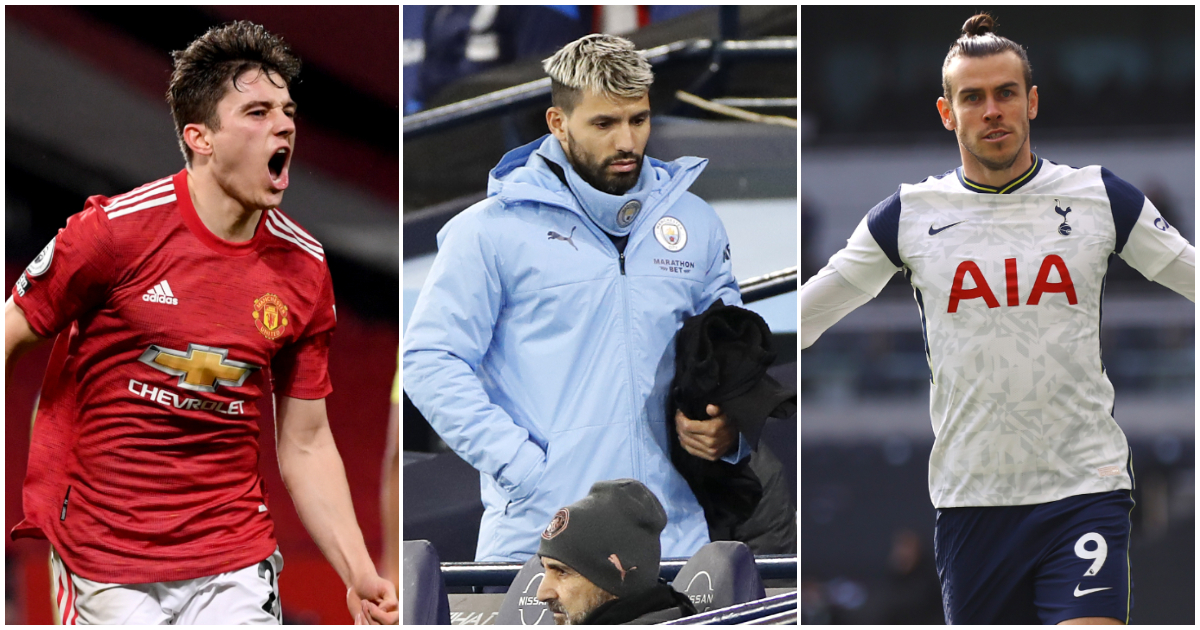 This season has been unlike any other. Crammed in to a tighter schedule than ever before, and pretty much running right on from the previous also uniquely difficult season. Nobody has found it easy, apart from Manchester City. But everywhere else weariness is setting in, muscles are twanging and joints are creaking. Managers are searching down the back of the sofa for centre-backs and wingers and strikers. Here are six players who’ve spent most of the season on the fringes for one reason or another, but may have a huge role to play in the exhausting final leg of this exhausting season.

Simple rules: no January movers, and all have played under 700 Premier League minutes this season as of… now.

Nat Phillips (Liverpool, 644 minutes)
Replaced Jordan Henderson at Everton and kept his place for the win at Sheffield United to add to back-to-back 90 minutes against West Ham (good) and Brighton (not good) around the turn of February. With the last-ditch January window arrivals looking every inch like last-ditch January window arrivals and everyone else crocked, Phillips looks set for a central role in Liverpool’s bid for Champions League qualification.

Daniel James (Manchester United, 534 minutes)
And 178 of those minutes have come in United’s last two games. He was excellent against Newcastle and no worse than anyone else at Chelsea. It’s been a stop-start Manchester United career for the Welshman. This latest start shows some serious promise. James’ pace from the right allows Marcus Rashford to attack from the left, where he has always been at his most effective, while for all Paul Pogba’s undoubted quality he can at times slow United down when he operates in wide areas. Even when Pogba returns, James should still have a role to play over what’s left of the season. And he bloody loves Getting In On The Act.

Gareth Bale (Tottenham, 362 minutes)
Obviously the inspiration for this whole thing, which you’d probably already worked out. Now joint third on Tottenham’s Premier League goalscoring charts for the season despite playing just 362 minutes of Premier League football and being conspicuously upsettingly bad for a great many of the first 250 or so. The last 100 or so across the second half at West Ham and the first 70 minutes against Burnley, though, were a bit more like it.

We make no apologies for being utterly thrilled that one of the Premier League’s most entertaining ever players might once again dazzle us for at least a few months more. While his physical fragility and Spurs’ oddly shambolic yet weirdly still multi-faceted season mean he’s not suddenly going to become a Premier League ever-present, we can reasonably expect far more from him over the closing third of the season. He’ll probably be solo third on that goalscoring list come May, we reckon. With apologies to your Lucas Mouras and Tanguy Ndombeles. And we’ve not even mentioned Erik Lamela (501 minutes), Giovani Lo Celso (436 minutes) or Dele Alli (137 minutes). What a very silly team Spurs are in so very many ways.

Cengiz Under (Leicester, 274 minutes)
Or any other currently uninjured Leicester squad player, really. But Under is the one Leicester need to step up now. All he has to do, and it really is this simple, is replace the contributions of either James Maddison or Harvey Barnes or, ideally, both over the next six weeks or so. No pressure, fella, but Champions League qualification might depend on it. A repeat of last season’s late collapse really would be unutterably galling, even if a now utterly absurd injury list offers mitigation against accusations of bottling and the like.

Sergio Aguero (Manchester City, 202 minutes)
They’ve done pretty well pretty much without him this season, but still. City are going to win the league by a million points striker or no striker, but it’d be more fun if it’s with a striker at least for some of the remaining games. If only because Aguero has now been stuck on 180 Premier League goals for 407 days and that’s just plain nutty.