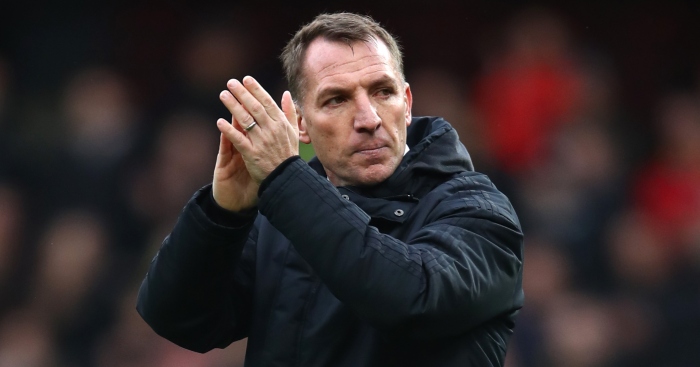 Usually, praising Scottish football comes second only to praising the women’s game in attracting some of the most idiotic ill-informed responses the internet has to offer, as I’m sure some of the comments provoked by this piece shall rather deliciously prove.

It has long seemed to me that there is a deep insecurity in some quarters that fears Scotland being any good at football, or indeed at anything else. Fears the country’s self-confidence and broadly left-leaning consensus. Is intimidated by its strong sense of self and of identity and does not fully appreciate that it is not some sort of vassal state forever on bended knee to the south. It is a country with its own legislative, legal and education system and in Revenue Scotland (of which my brother happens to be Chair) its own body for the administration and collection of devolved taxes.

It is a country currently with lower unemployment than England, but some will forever paint Scotland as a band of gaunt heroin-addicted wastrels, the hive mind being reluctant to change its default settings.

So I knew when Brendan Rodgers made his – some might say – unseemly, poorly-judged and extremely undiplomatic and speedy southerly journey to Leicester City, as much as it was a cue for some pointless Celtic tribalism, it was inevitably also a cue for the anti-Alba types to say that he has left the wilderness to join civilisation. Left a comedy league to join the Big League.

There is a patronisation of Scottish football borne out of ignorance of the game here and, hand in hand with that, an equally unjustified aggrandisation of the quality of the Premier League’s entertainment.

I’d wager if I showed Sunday’s Watford v Leicester game to such blinkered Premier League fans and told them it was Aberdeen v Hamilton, they’d have said it was typically boring and poor quality Scottish football, with just a few moments of skill. Daniel Harris in the Guardian summed it up as ‘Watford were organised, doughty, and found that extra little bit at either end of the game. Leicester were poor’.

…and told them it was Watford v Leicester, they’d think it the better, more exciting game and with a spectacular opening goal that the Scottish Premiership could never muster. That’s because when it comes to assessing the Premier League’s entertainment value, marketing has replaced understanding.

But the truth is that the Premier League does not offer more fun than the Premiership. That’s not to say the Premier League offers none, it clearly does. But those 14 teams below the top six – most of whom, let’s face it, after a few seasons in the league don’t really even know why they exist anymore, except to earn money in order to keep on existing in their existential nightmare, one that they can only be woken from by the sweet bliss of relegation – can play some very dull games. Premier entertainment, it often ain’t.

For all that Celtic dominate in every way at the moment, taking the league’s fixtures as a whole – and not just those involving Celtic – they are usually, though obviously not absolutely always, more enjoyable than the majority of Premier League games. And that’s what counts: enjoyment. They are consistently more unpredictable and far, far more competitive. Plus, there is no existential crisis up here. There is much less angst at overpaid players under-performing, because most players outside of the Old Firm (and even some of them) are paid ‘normal’ wages. Kilmarnock’s average pay isn’t much over £1000 per week and they’ve been great to watch all season. We don’t have the same discontent with the game here and we’re happier for it. It’s also worth noting that we tend to be far more cosmopolitan in outlook by being exposed to both the Scottish game and the English, and knowing about each. So Hibernian fans, for example, will know what is happening at, say, Chelsea, while Chelsea fans won’t typically know much about Hibs..

Stripping out the tribal nonsense of the few, as evidenced with that nonsensical Celtic banner, Rodgers moving from Celtic to Leicester City is without doubt and quite objectively a step down from one of the greatest jobs in world football. That’s not to say Leicester City are not a fine club; I’ve always really liked them, going back to the days of Frank Worthington and Keith Weller’s superbly baggy white leggings.

And yes, the title win was the most thrillingly brilliant thing that will likely ever happen while the Premier League is in existence (which hopefully will not be for much longer) and indeed was the sort of sudden ascent to greatness that used to happen far more often when football was played on a far more democratic and even playing field.

But all the same, Leicester are simply less of a national, European or global power than Celtic. Partly this is because economics have meant the west of Scotland and Ireland has exported a lot of people to all corners of the globe. Go to Boston, Mass. and try to find any Leicester fans and you’ll struggle, but Celtic fans are everywhere and many will tell you with glassy eyes that Caledonia’s been everything they ever had. As manager, you are the figurehead at the prow of that huge, worldwide ship in a way that will never happen at Leicester City.

Celtic’s history of silverware in Scotland is incomparable to Leicester’s in England. And while it is no longer one of Europe’s powerhouse leagues, for almost the entirety of its history, the Scottish top flight absolutely was. That sort of history does not evaporate in the hot flames of new money.

I note that many supporting Brendan’s move were quick to proffer the fact that he will have more money to spend and will doubtless be paid more. Ah yes. Money. It’s always about money is the Premier League. That’s its exceptionally shallow USP of course, and if there’s one thing Scottish football isn’t, it’s shallow. Scotland’s instinct isn’t to kowtow to the monied and powerful, nor to feel envious of them. Quite the reverse. And that’s why this being offered as a reason to take such a job cuts little ice here.

Indeed, many of us feel the relative or comparable lack of money in Scottish football has meant it has kept its soul. It is still close to the communities that gave birth to the clubs, still has a significant presence in every area of this staggeringly beautiful country, from sea to shining sea, from Peterhead to Stranraer, from Queen of the South to Wick Academy. It has not been sold to the highest bidder. It has not traded its black feathers for a crown.

It is not financially enslaved to an oppressive theocratic country, it is not owned by Russian oligarchs, it is not part of a global corporation’s leisure industry asset portfolio. Rather, almost all of it is – as it has pretty much always been – modest, local, funny and working-class.

Yes, it has its Old Firm problems in the west with sectarianism, something addressed and put under the noble scrutiny of Steve Clarke recently, but to tar the whole of the culture of football in the country with that uniquely localised and too slowly fading problem, is simply to not know these lands.

This is a glorious country, with a glorious football past, present and future and, although this isn’t often acknowledged beyond its borders, it doesn’t make it any the less true.

This is what Rodgers has left behind. I would not seek to pass judgement on his choice. Obviously, absolutely he’s entitled to do whatever he wishes, for whatever reasons and without any hostility despite his clunky departure. It is a different job, yes, and it will have different challenges, but it is absolutely not an upgrade and anyone who thinks it is, is either blindly in thrall to riches and cannot separate money from soul, or simply has no idea of the global import of the Bhoys.

There is a vast, cavernous gulf in income between the two leagues, that is without doubt, but the difference in quality of entertainment is often nonexistent. Everything else is marketing.