Home F365 Says From FIFA down, 2021 has been football’s year of self-interest 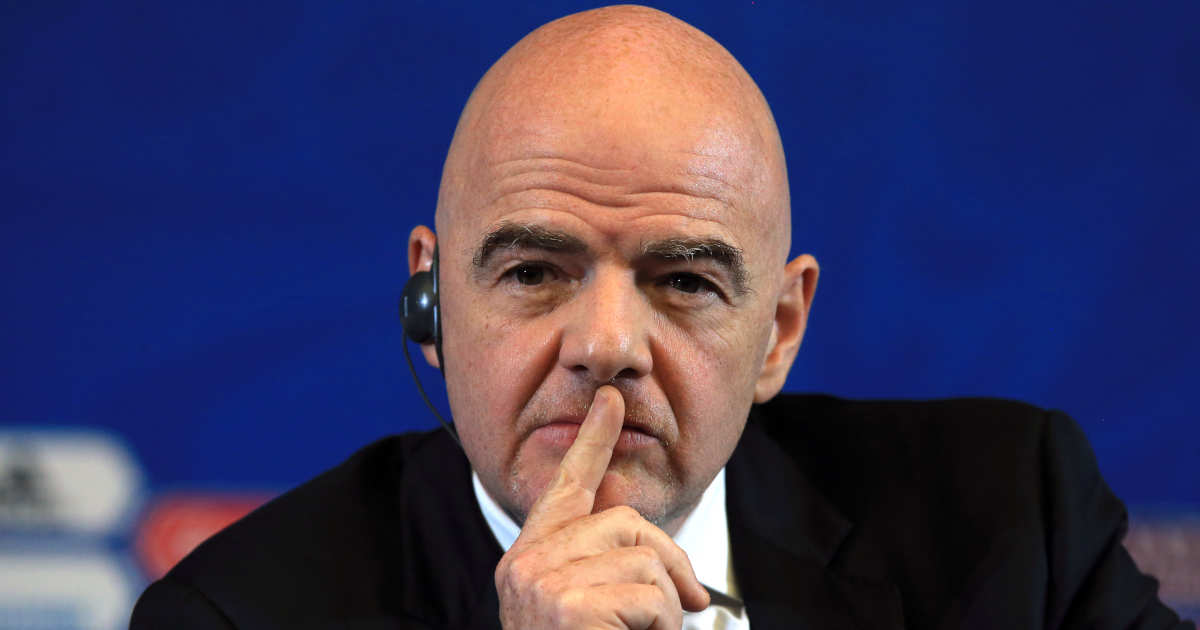 From FIFA down, football has faced existential questions during 2021 and the one thing the answers have had in common has been self-interest.

Considering everything that has been going on elsewhere in society, it’s probably appropriate that 2021 has felt like a year of uncertainty for football. It feels as though the game is simultaneously standing on several precipices without final decisions being made about which way to jump, and that some of these decisions will come to shape the game for decades to come.

This all starts at the very top, with FIFA’s insistence that it will play a biennial World Cup finals come hell or high water. This has caused a schism with UEFA and CONMEBOL which does threaten to alter the look of international football irrevocably. UEFA are already negotiating with CONMEBOL towards the possibility of a joint Nations League between the two confederations from 2024.

The implication for FIFA should be clear. UEFA and CONMEBOL could easily confirm that their teams are only prepared to play in every other World Cup finals and then in the future, schedule their Nations League against FIFA’s extra World Cup. It would be a harsh lesson in the global economics of football that FIFA might well find their television viewing audiences and revenues being severely impacted by hostile scheduling from UEFA.

And when we consider that hostility often breeds hostility, it becomes easier to imagine a future in which a complete schism has grown between UEFA/CONMEBOL and the other confederations grouped together under the FIFA banner.

If UEFA and CONMEBOL were to split entirely from FIFA, they would take their vast pull with them, and any claim that the World Cup winners would be the ‘world champions’ of football would be ludicrous if the winners didn’t play a single European or South American en route. It’s not yet clear whether we might get close to that ultimate scenario, but little has happened this year to suggest that it is definitely off the table.

Potential schisms are also the order of the day in Europe. The European Super League debacle was resolved in just a few days last spring, but it’s never really left the fever dreams of the owners of Juventus, Barcelona or Real Madrid. The relatively enfeebled states of Juventus and Barcelona haven’t helped the ongoing protests from these over-bloated messes that they should be given control of European club football; punch-drunk boxers who still haven’t realised that the bell has already rung, they continue to flog this dead horse through occasional court cases and entitled public statements.

Ironically, UEFA is at the point of contorting the Champions League out of shape in order to accommodate them, much as it has been doing for much of the last 30 years. Finger on the pulse as ever, the post-2024 Champions League will have teams playing four matches more than they do now. Unsurprisingly, the reaction to UEFA’s reforms has been lukewarm, in particular to UEFA’s shameful decision to allow two qualifiers on the basis of ‘historic performance’, and further changes are likely in 2022.

Things are little better in England. The ‘greedy six’ clubs were put back in their box somewhat over the European Super League, but that whole episode has left a sour taste in the Premier League, and it’s clear that a few months haven’t been enough to clear that particular fog yet. These six clubs haven’t really said too much about the Crouch Report yet, but the somewhat hysterical reaction of some club owners has raised the prospect of some pretty intense lobbying in the direction of the government over the next few months in the hope of getting it all watered down or kicked into the long grass, whether temporarily or permanently.

If all of these stories have one thing in common, it’s that they are all ultimately battles over money and control, in which the ‘wellbeing’ of the game itself seems like a fairly low priority, and it’s striking that almost all of the organisations mentioned above are in favour of greater redistribution so long as it suits their members and then against it when it doesn’t, even if it might be for the greater good.

There is no ‘good’ side to these conversations and no ‘bad’ side. Instead, there are governing bodies and clubs who seem quite happy to flaunt their hypocrisy, whether it’s angrily dismissing the European Super League clubs and then shaping the showpiece competition to further benefit them, as UEFA has done, or standing up against the financial inequity between the biggest Premier League clubs and the rest but then wanting to keep that financial inequity in place between the Premier League and the Championship.

Perhaps it’s appropriate that 2021 should end with such uncertainty hanging in the air. After all, at the time of writing, many fans in England can’t even be sure whether their Boxing Day fixtures will be postponed. With the latest wave of the pandemic likely to hit its peak in about the middle of January, it’s entirely plausible that the current precarious situation will have changed still further within a month of now, and we should probably be honest with ourselves and admit that it’s almost impossible to say where any of the schisms that currently pockmark the game, both nationally and internationally, will be at the end of 2022. If there’s one lesson that we should probably all take from 2021, it’s to not take anything for granted.