Home F365 Features Frozen out: A Prem XI that hasn’t even made the bench 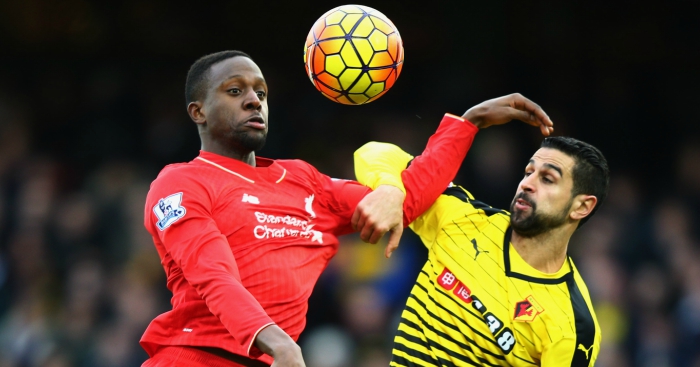 Those who have been injured or suspended for most of the season are not included. Much like this XI, who have not been included in the Premier League all season…

GK: Fraser Forster (Southampton)
Last seen: Sticking pins into an Alex McCarthy voodoo doll and rejecting a loan move to Turkey. His last Southampton appearance came in a 5-2 defeat to Tottenham last December; his most recent England cap was in May 2016. Club and country have both long since moved on – although he remains one of Southampton’s highest earners.

RB: Danny Simpson (Leicester)
Last seen: Starting in a penalty shoot-out EFL Trophy defeat to Fleetwood earlier this month, before which he was playing for Leicester’s Under-23 side in a 2-0 victory over Derby’s equivalent. The Premier League title-winner still has an ‘influential role’ at the King Power Stadium, according to the Leicester Mercury. But considering the 31-year-old is standing behind Daniel Amartey in a queue to fill in at right-back, the Foxes really cannot afford to lose Ricardo Pereira.

CB: Reece Oxford (West Ham)
Last seen: Being used by West Ham as an example for Declan Rice not to follow. Rice wants a weekly wage of £30,000 but West Ham’s fingers have been burned by a promising youngster before. Oxford signed a four-year contract worth £20,000 a week in December 2016, and has played more games for Reading (5) and Borussia Monchengladbach (8) than for the Hammers (4) since. Manuel Pellegrini could not even find room for him in his Carabao Cup squad for the mauling of Macclesfield.

If Reece Oxford can’t even get in the squad for a cup game against Macclesfield I can’t see how he’ll ever make it here!

CB: Miguel Britos (Watford)
Last seen: Being bullied by Mohamed Salah in a 5-0 defeat at Anfield in March. That was his last Watford appearance, since which the Hornets have exercised a one-year option in his contract. But he has not made a matchday squad under Javi Gracia in 2018/19. And the manager has not made a single change to his Premier League starting XI after six games, so Christian Kabasele and Craig Cathcart can breathe easily for now.

CB: Ethan Ampadu (Chelsea)
Last seen: Signing a five-year contract just over a week ago, in one step forward for his Chelsea development. Then came two back, as Maurizio Sarri left him out of his squad for the Carabao Cup victory over Liverpool. He has only just turned 18, of course, so that is hardly the death knell of his Stamford Bridge career. But perhaps Jody Morris was right?

LB: Brendan Galloway (Everton)
Last seen: Still recovering from a loan spell under Tony Pulis. Galloway impressed for Everton after joining from MK Dons in 2014, making his Toffees debut a year later, and establishing himself in the first team by 2015/16. But three games on, a season-long loan at West Brom appears to have done irreparable damage, the sort that even a temporary spell in the Championship with Sunderland could not fix. He did feature in Everton’s penalty defeat to Bradford in the EFL Trophy earlier this month, but he set his bar much higher long ago.

RW: Luca de la Torre (Fulham)
Last seen: Reminding Slavisa Jokanovic he exists with a goal and two assists in a 3-1 Carabao Cup win over Millwall. “I didn’t have the space to give him too many chances but he never stops pushing forward and he showed the personality and professionally in training,” said the manager, who has perhaps too many attacking options at his disposal to give an untried 20-year-old a chance.

Distributed constructively and registered his first senior goal for Fulham at The Den. Hopefully has a very bright future with us and the USMT. #ffc

CM: Brahim Diaz (Manchester City)
Last seen: Lost in the anglicised shadow of Phil Foden. Diaz is rated similarly highly by many at Manchester City, but his gimmick of being Spanish has somewhat stalled the hype machine. Like his teenage teammate, he played and impressed in the Carabao Cup against Oxford, but is yet to start for City outside of England’s tertiary cup competition. Forty-nine minutes was enough for a Premier League winner’s medal last season, mind.

CM: Leander Dendoncker (Wolves)
Last seen: Making his long-awaited debut in the Carabao Cup, featuring in both the victory over Sheffield Wednesday and the penalty shoot-out defeat to Leicester. The 23-year-old joined from Anderlecht on a loan which will become permanent for £12m next summer, and Wolves sporting director Kevin Thelwell has already admitted that “it’ll take him a while to adapt” to “the standard and pace” of the Premier League. But Dendoncker is unlikely to break the Portuguese midfield duopoly of Ruben Neves and Joao Moutinho. The Belgian is instead being groomed for Ryan Bennett’s role as a play-making central defender.

LW: Georges-Kevin N’Koudou (Tottenham)
Last seen: In various Instagram videos alongside apparent comedy sidekick Dele Alli. N’Koudou actually featured heavily in the summer, scoring in the International Champions Cup against both Barcelona and Inter Milan, as well as in a 4-1 friendly defeat to Girona. No player scored more goals for Tottenham in pre-season. Yet he joins Juan Foyth in not making a single matchday squad this season – and he is even ineligible for the Champions League.

Why is Mauricio treating Georges Kevin Nkoudou as if he's that rubbish? It's sad

ST: Divock Origi (Liverpool)
Last seen: Being ruled out of Liverpool’s 3-2 Champions League win against Paris Saint-Germain with a slight injury. But he was nowhere to be seen beforehand or since, save for Jurgen Klopp’s insistence that he “will have a part to play” this season. That “part” appears to be limited to warming benches and being largely forgotten about.