Home F365 Features Frozen out and stuck: The 53 players not even on bench 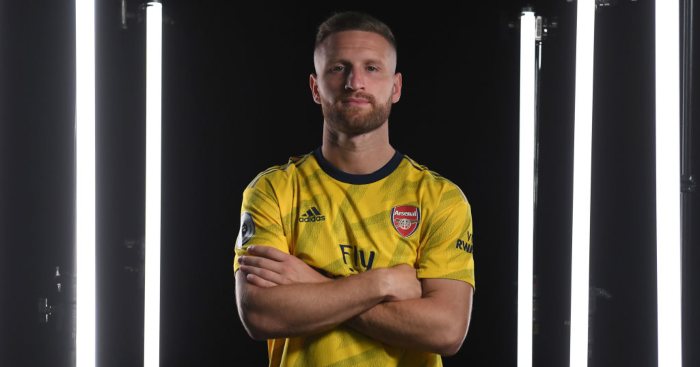 Which senior players have failed to make the matchday squads for their Premier League clubs this season, despite being (mostly) fit and (just about) able?

Arsenal will be very happy with themselves after that window. Aside from Mustafi and Ozil, they’ve shifted everyone they would have wanted. The squad looks young and refreshed. Just need to get the three defenders back now to really kick on. Big turnaround from Baku.

ASTON VILLA
Marvelous Nakamba – His 90 minutes against Crewe last week suggest that the £11m Zimbabwean will not stay on the periphery for long.

Lovre Kalinic – It was assumed the Croatian international would leave on loan, but the move never materialised. He is stuck.

Orjan Nyland – At least he made it onto the Carabao Cup bench.

BOURNEMOUTH
Mark Travers – Three penalty saves in a Carabao Cup victory made quite the case for a battle with current Cherries stopper Aaron Ramsdale.

Leon Balogun – Fifth-choice centre-half for three places leaves another 31-year-old in the cold.

Tudor Baluta – A full Romanian international who we had literally never encountered before this very minute.

Adam Legzdins – Why do Burnley always have so many goalkeepers?

CHELSEA
Michael Hector – Four years at Chelsea without actually ever playing for Chelsea. You almost have to admire that.

CRYSTAL PALACE
Jairo Riedewald – “Jairo, who is a central midfielder, had to play at left-back because neither Patrick van Aanholt or Joel Ward were available,” said Roy Hodgson after the Dutchman struggled in last week’s Carabao Cup defeat. He has not played in the Premier League since April 2018; surely it’s time to go.

Jairo Reidewald is absolutely terrible, yes he was out of position today but I really cannot see him getting anywhere here

Stephen Henderson – Third-choice goalkeeper who made the bench for Carabao Cup defeat.

Dion Henry – Fourth-choice goalkeeper who did not make the bench for Carabao Cup defeat.

EVERTON
Leighton Baines – Signed a new one-year contract, but nobody puts a 34-year-old left-back on the bench. Unless it’s the Carabao Cup.

Cuco Martina – Everton don’t half have a big squad of ageing, unwanted players.

Oumar Niasse – What were we saying?

Beni Baningime –  At 20, he is the odd man out on this list. And a proposed loan to Brondby fell through last week.

LEICESTER CITY
Daniel Amartey – He has a Premier League winner’s medal but he is absolutely not needed by Leicester.

Fousseni Diabaté – Mali winger who seemed to have a bright future for about ten minutes in 2018.

Filip Benkovic – “We can only play two centre-halves,” says Brendan Rodgers. “One of them you’re all talking about (Caglar Soyuncu) and the other is an international captain (Jonny Evans).” And then there’s Wes Morgan, who played in the Carabao Cup.

George Thomas – Two years after his arrival, he is yet to play for Leicester. It may never happen now.

Eldin Jakupovic – Shipped five in the Premier League in May 2018 and has not really been seen since.

THE CAMPAIGN HAS WORKED!!! #Carson33 pic.twitter.com/z711RnOjei

MANCHESTER UNITED
Phil Jones – Started the last Premier League game of last season along with Diogo Dalot, Chris Smalling and Ashley Young, who is bizarrely the only member of that defence seemingly still in Ole Gunnar Solskjaer’s plans. Even Marcos Rojo made the bench on Saturday.

Fred – The £52m man reportedly has ‘no intention’ of leaving Manchester United before he can prove that he really is better than Scott McTominay.

NEWCASTLE UNITED
Henri Saivet -The Frenchman was one of a quintet of players who was given a Premier League squad place this season. But unlike Achraf Lazaar and Rolando Aarons, he stayed put.

Jack Colback – He stayed too.

Jamie Sterry – And so did he.

Rob Elliot – Goalkeeper who has not actually appeared in the Premier League since December 2017.

NORWICH CITY
Philip Heise – He’s German, he’s 28, he’s a left-back and he was one of Norwich’s better performers in their Carabao Cup defeat last week.

Ricky Holmes – Chris Wilder has no doubt what he thinks these players should do, saying: “It annoys me immensely, because I’ve looked after a couple of them. Go and get a club. It should have happened a long time ago.”

Kieron Freeman – Welsh right-back who played in the Carabao Cup last week as George Baldock has claimed the right wing-back spot in the Premier League.

SOUTHAMPTON
They shifted everybody on the final day. Ralph Hasenhuttl has his squad.

TOTTENHAM
With Ryan Sessegnon and Juan Foyth injured, Tottenham do not have a single senior player who has not even made a Premier League bench. My word, they have a small squad.

WATFORD
Sebastian Prodl – “I am not ready to have my career splattered like this,” said the Austrian in April. But he’s still there…making the bench in the Carabao Cup.

Adrian Mariappa – Actually played in the Carabao Cup so that makes him Watford’s fourth-choice centre-half.

Marvin Zeegelaar – Rumours suggest that he re-joined Udinese on loan but there has been no confirmation.

Dimitri Foulquier – Two years after joining Watford, he finally made his club debut in the Carabao Cup last week.

My thoughts from tonight:

Pontus Dahlberg – And their fourth.

WEST HAM UNITED
David Martin – West Ham have successfully trimmed the fat from their squad so only have a third-choice goalkeeper on this list.

WOLVES
Jordan Graham – He has only played a handful of games for Wolves since a serious injury early in 2016. League One surely beckons.

Ming-yang Yang – He is 24, Swiss and has never actually played for Wolves. He will probably never play for Wolves.

Syvain Deslandes – He is 22, French and last played for Wolves almost two years ago.

Bruno Jordao – A summer signing from Lazio, he has been given the No. 6 shirt but is yet to make a Premier League bench.

Max Kilman – A year after joining from Maidenhead, Kilman played in a Europa League qualifying game for Wolves.