Home F365 Features Frozen out: 11 players yet to make a Premier League bench 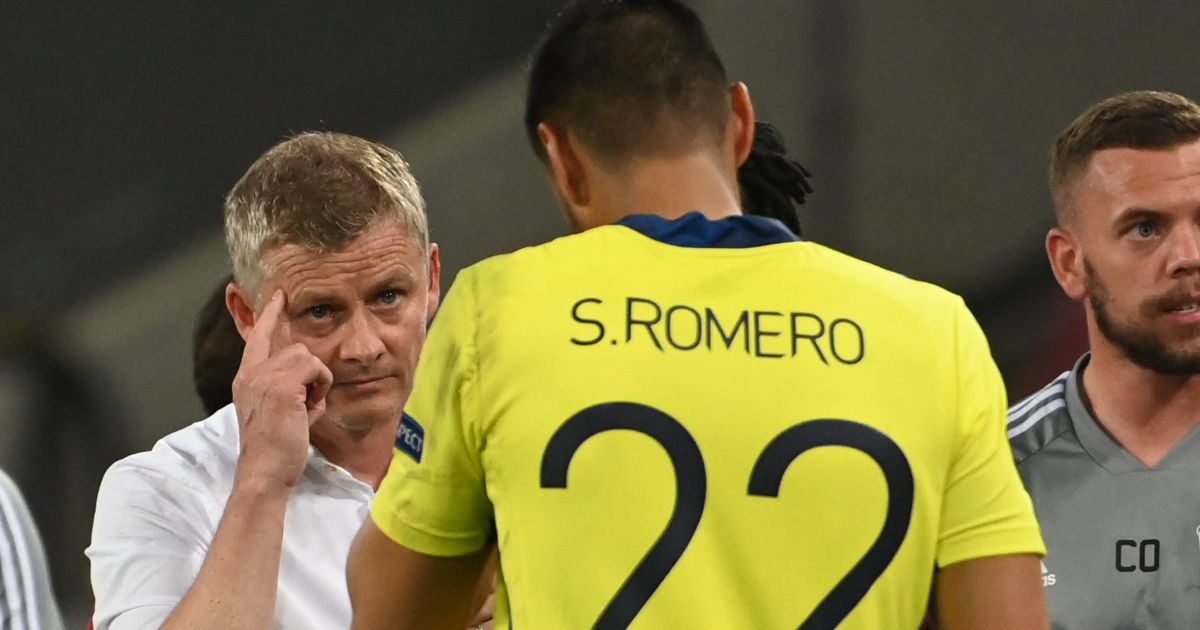 In a compacted season requiring bigger squads and nine substitutes, it is impressive to not have made a bench. Newcastle have two outcasts.

Excluding players who have been sidelined through long-term injury, this lot are the only ones to have failed to make a single Premier League matchday squad all campaign.

Dejan Iliev (Arsenal)
Fourth-choice for Arsenal and not even that for his country. Iliev must have felt a tinge of regret at not being part of the squad amid the general national pride that watching North Macedonia topple Germany surely evoked. He has been on the bench for the Red Lynxes on 17 occasions but is yet to make it that far in the Premier League across eight years in north London. The 26-year-old was an unused substitute in the 2019 Europa League final and has recently returned from a short-term loan with Shrewsbury. Emiliano Martinez’s breakthrough didn’t come until he was 27 so there is time.

Folarin Balogun (Arsenal)
Those promising Europa League evenings feel an awful long time ago. Balogun scored two goals in 61 cumulative minutes on the continent at the start of the season but his only first-team appearance since came in the League Cup quarter-finals against Manchester City. Eight goals in 20 games with the U23s has been a solid return for a player whose contract expires this summer.

Ouasim Bouy (Leeds)
Once described as “every bit as talented as Pogba is” by the paragon of virtue that is Mino Raiola, Bouy has struggled to stay afloat at Elland Road. The midfielder last played a competitive game in May 2019, with his most recent victory coming in February of the same year. Both were with PEC Zwolle during his second loan spell while contracted to Leeds, and eighth in his career overall. Bouy graduated from the Ajax academy and jointed Juventus as a teenager, making one appearance before moving to Leeds. He is yet to make his debut for the Whites and with his deal expiring this summer it really isn’t looking too good on that front.

Eldin Jakupovic (Leicester)
The 2016/17 season was either the best or worst professional event in Jakupovic’s life, depending on one’s perspective. He was truly excellent for Hull in the role of relegated goalkeeper given 20 saves to make each game, even annoying Zlatan Ibrahimovic for bonus points. But that was effectively the end of his active playing career. The Switzerland international joined Leicester in summer 2017 and has played four first-team games in as many years since; his last appearance for the Foxes outside of the EFL Trophy and other assorted reserve matches was in that ridiculous 5-4 defeat to Tottenham in May 2018. This campaign has brought a place on the bench in each of Leicester’s Europa League fixtures and Jakupovic really does seem happy enough with his lot, having signed a one-year contract extension last summer. 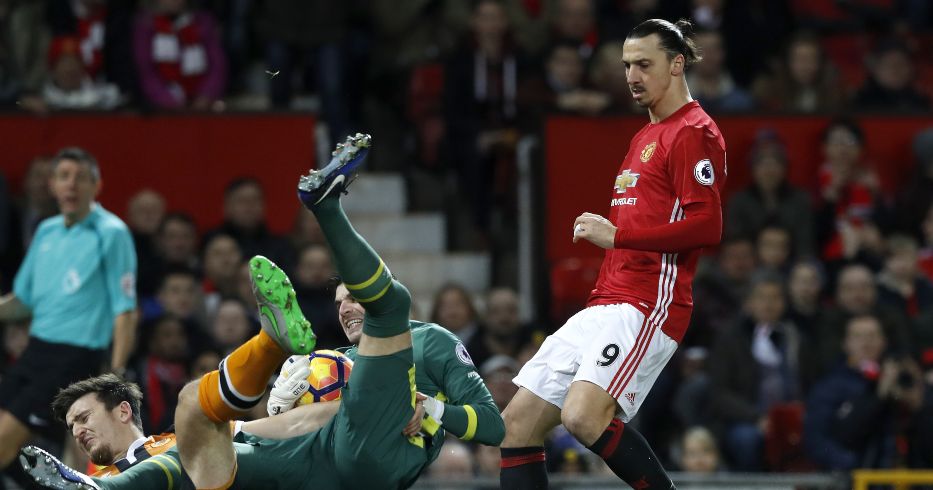 Ben Woodburn (Liverpool)
The youngest league debutant in Jurgen Klopp’s entire managerial career is now 21 and in real danger of slipping into the void. Woodburn came on as a stoppage-time substitute for Georginio Wijnaldum against Sunderland in November 2016 and has played a further ten times for Liverpool, up to his cameo on the final day of the 2017/18 season in a game the actual Dominic Solanke started. The Welshman has spent time on loan at Sheffield United, Oxford and Blackpool without really finding a place to call home.

Sergio Romero (Manchester United)
The story is fairly well-known: Romero joined Manchester United in 2015 and was a reliably excellent back-up when called upon for years until it became apparent that David de Gea’s role as first-choice goalkeeper was finally up for serious review. Then Dean Henderson was suddenly promoted above the Argentinean, who subsequently sought refuge at Everton. That was denied and Romero has spent what is approaching a year on the sidelines, his February inclusion in Ole Gunnar Solskjaer’s Premier League squad the most fragile olive branch there ever has been.

Henri Saivet (Newcastle)
At £1m per Premier League appearance thus far, the £5m Newcastle signing represented the waning of Graham Carr’s powers before the club’s chief scout departed in 2017. Saivet has stuck around on his five-year contract on handsome wages, actually scoring in his last Premier League game in December 2017 as a fitting tribute to his lethal virtual self on Football Manager 2008.

Christian Atsu (Newcastle)
What’s more curious: that Atsu has had four Premier League clubs? Or that he played 32, 28, 28 and 18 league games across four seasons before failing to even make a single bench this campaign? The winger was omitted from the first Newcastle squad but his inclusion in their updated winter list has heralded no actual upturn in fortunes, despite the incredibly inspirational nature of Steve Bruce’s volte-face.

"Well, there's only him or Henri Saivet to choose from so it was pretty straightforward," Steve Bruce said.

Simon Moore (Sheffield United)
The only Isle of Wight international to play a Premier League game, Moore likely wouldn’t have accomplished that feat in ordinary circumstances. The goalkeeper joined Sheffield United in 2016 and was named in the League One PFA Team of the Year upon their promotion. The arrival of Jamal Blackman on loan limited his Championship opportunities but Dean Henderson almost entirely obliterated them, playing every game of the 2018/19 season and all but two of their return to the Premier League in 2019/20. That was where Moore benefited, slotting in when Henderson was ineligible to face parent club Manchester United. With Aaron Ramsdale playing every minute of this campaign and Wes Foderingham and Michael Verrips waiting in the wings, it seems unlikely that Moore will ever build on that 3-3 draw and 3-0 defeat.

Jack Rodwell (Sheffield United)
Chris Wilder described it as a “punt” and a “gamble” in February, before stating, “at the moment it’s not working but who’s to say it won’t turn around for Jack?”. The 30-year-old has played one Premier League game since joining Sheffield United in January 2020, with his 15 minutes against Burnley in July producing a 100 per cent pass accuracy from two passes. Can’t argue with that. He made an FA Cup bench this season but nothing else.

Danny Rose (Tottenham)
“The week before Liverpool you were fantastic in training, you were fantastic. And that made me decide that, probably the most difficult game against the most difficult opponent, you play. I think you didn’t play well,” was Jose Mourinho’s argument when confronted by Rose over a lack of opportunities. The exchange was captured by those prying Amazon Prime cameras, with the left-back agreeing that while his performance against Liverpool was poor, “I play once every four weeks. Do you want me to be man of the match and give my best performance when I play one game every three or four weeks?”

Adding that “other people have been sh*t in training, sh*t in games but play every game and are in the squad every game. It’s not fair” clearly did not win Mourinho over. Rose has not played for Tottenham since, spending the latter half of last season on loan with Newcastle before not even being able to find a temporary home at which he could spend the final year of his Spurs contract. He is presumably dreaming about romantic walks at the Parc des Princes.