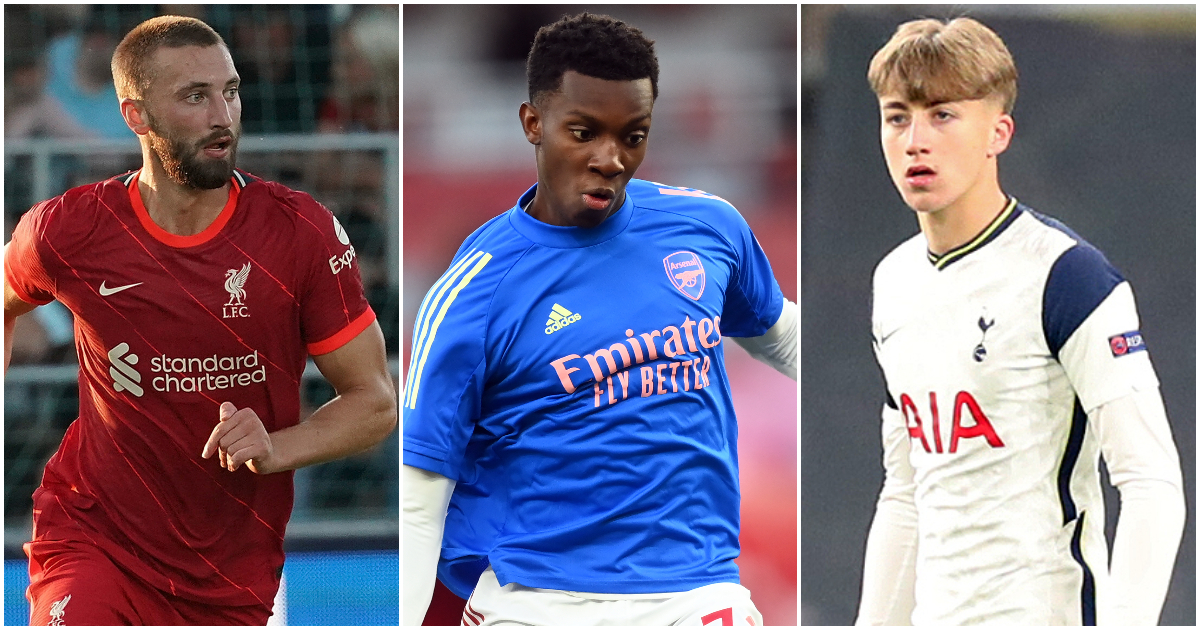 Which senior players have failed to make a single Premier League matchday squad for their clubs this season, despite being (mostly) fit and (just about) able?

Eddie Nketiah – Was a bit injured. Now very stuck. Not a bad situation for Arsenal, who still have a useful player to call on should injuries or suspensions hit hard, and will still get a tribunal fee when he leaves at the end of his contract next summer. But it looks like a needlessly wasted year for a player who at 22 really could do with kicking on now.

None – Not even the usual third-choice keeper to save us here; Finnish teenager Viljami Sinisalo has made the bench now thanks to Emi Martinez’s travel adventures. The only notable absences from any matchday squad thus far – Keinan Davis and Trezeguet – are both injury-knacked.

Julian Jeanvier – Already a firm favourite with us having featured in, we think, every single ‘One per club’ feature since Brentford’s promotion. Four league games in his loan stint at Turkish side Kasimpasa last season will almost certainly dwarf this season’s workload.

Luka Racic – Brentford have a surprisingly large collection of centre-backs nowhere near getting a game.

Jan Zamburek – Got five minutes off the bench in a 3-0 win over Sheffield Wednesday in February. Not seen since.

Tariqe Fosu – There’s often a player left behind when promotion comes along. Fosu looks like being that player for Brentford after a deadline-day move to Swansea fell through. Started 19 Championship games last season, came off the bench in 20 and was on the bench for the other seven.

Tudor Baluta – Has made more first-team appearances for Romania (two) than Brighton (one, in the Carabao, two years ago).

None – The nine subs thing is having a massive impact on the previously reliable third-choice goalkeeper fall-back for this feature, Will Norris having kept Wayne Hennessey company on the bench at Anfield. The only two senior players yet to make the bench this season – Kevin Long and Dale Stephens – both have injury caveats.

Marcus Bettinelli – At least the super-rich clubs hoard enough players to not need two keepers to fill a nine-man bench. God bless them.

Malang Sarr – Yet to play a game for Chelsea and failed to secure another loan move in the summer. Made the bench for the Zenit game and was probably only three centre-half injuries from getting on the pitch.

Lewis Baker – In many ways, the archetypal Chelsea player. After 16 years with Chelsea he’s made precisely one first-team appearance for the club, but has played 73 games for Vitesse Arnhem, 36 for Trabzonspor, 19 for Reading, 14 each for Leeds and Middlesbrough, 12 for MK Dons and nine for Fortuna Dusseldorf.

Jaroslaw Jach – One Carabao appearance and five loans is all Jach has to show for his time at Palace, which will come to an end in either January or June when a four-year contract expires. A renewal seems unlikely.

James Rodriguez – Covid regs kept him out of the start of the season. Mutual apathy will keep him out until January when, presumably, some sort of departure can be figured out so that both parties can move on with their lives.

Gylfi Sigurdsson – The Toffees named only a 24-man Premier League squad. Sigurdsson was not in it.

None – Haven’t even listed a third-choice goalkeeper on their website squad page, the mad bastards. Classic Bielsa crazy japes.

Filip Benkovic – The £13m signing from Dinamo Zagreb actually played his best football under Brendan Rodgers while on loan at Celtic. But that was three years ago, and while a defensive injury crisis has kept Benkovic at the club and in both the domestic and European squads, it hasn’t yet translated to actual football. Carabao and Europa chances may come.

Nat Phillips – Twenty first-team appearances last season owed as much to circumstance as his own development. Will play far less this season but that’s not on him; a shiny new contract this summer showed how Liverpool value him.

Tomorrow we start a Champions League campaign and a huge part of the reason we qualified is this man. He might not even play a minute of it but his contribution to help us there was outstanding. pic.twitter.com/N1LKhVYs1k

None – Most of the likely contenders have been packed off on loan, while injuries to your Kevin De Bruynes and Phil Fodens have seen bench spots open up for promising youngsters. Even Scott Carson made the bench for the 1-0 win at Leicester.

Michael McGovern – Norwich may have their problems, but at least they’ve not put two keepers on the bench yet this season.

Flynn Clarke – Only joined from Peterborough in the summer and is also only 18, so no rush.

Brandon Austin – Third-choice keeper since Alfie Whiteman toddled off to Sweden on loan. Sat on the bench for both legs of the Europa Conference qualies.

Jack Clarke – Not quite worked out for Clarke at Spurs. Even the initial loan back to Leeds didn’t work out. Still awaits his Premier League debut but has appeared in three different cup competitions for Spurs’ full team as well as the Papa John’s with the Under-23s.

None – Injury to Ben Foster has secured bench time for third-choice Rob Elliot.

David Martin – Fourth-choice keeper. Proof of how Billy Big-Time they’ve become down at West Ham; while other clubs are having to put third-choice keepers on the bench just to make ends meet, the Hammers have not one but two spare keepers they don’t even need. Them and their fancy London ways.

None – Only two keepers and a relatively small first-team squad.