Home F365 Features Frozen out: The 20 players yet to even make a PL bench 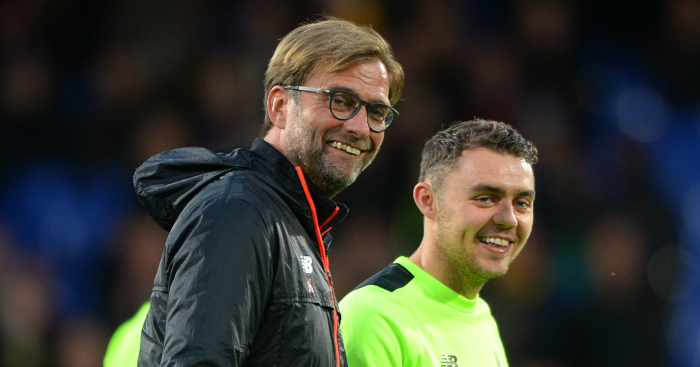 Emerson Hyndman
It was weird when Bournemouth named him in their updated Premier League squad in February, the midfielder having returned from a six-month loan with Hibernian. It looks even weirder now he has failed to make a single matchday squad since, despite joining the first team on a mid-season trip to Dubai in March. It’s just plain bizarre that his parents gave him the middle name of Schellas.

Then it all started to make sense. Emerson Hyndman. Eddie Howe. Bloody rumbled you haven’t we, EH?

Q. What is the collective noun for a group of England goalkeepers?

OK, henceforth they'll be known as a 'Burnley' of England goalkeepers 👐

Rob Green
“I go to all of the meetings, do all of the pre-match, do the warm-up and help in every way I can, whether it is collecting balls, saving shots or crossing balls in,” said Rob Green last month. “Then, when the players are ready to come out on to the pitch, you are getting changed and more often than not at away games I find a cup of tea and go and sit in the stand.”

Lovely. Despite spending the last two years as a Premier League player, the 39-year-old has not featured in England’s top flight since May 2015. After eight stints on the Huddersfield bench and a single League Cup start last season, Green is yet to make a Chelsea matchday squad in any competition. Not even nutmegging Marcos Alonso has been enough to impress Maurizio Sarri. But Kepa would surely have come off if it was Green waiting on the Wembley touchline instead of Willy Caballero two months ago.

Marco van Ginkel
Of all the shock inclusions in the updated Premier League squad lists at the start of the year, Marco van Ginkel’s was perhaps the most inexplicable. The midfielder was ruled out for eight months with a knee injury in July but was rewarded for his presumably phenomenal rehabilitation efforts with a locker at the training ground and a shirt number of 42. But his last Premier League appearance was in August 2013, and that is unlikely to change any time soon.

Brendan Galloway
This feels like an awful long time ago.

Luca de la Torre
To not even make a Premier League squad despite scoring one goal and assisting two in 101 League Cup minutes does seem harsh.

Eldin Jakupovic
It has been a while since Zlatan Ibrahimovic has been able to accuse Eldin Jakupovic of making “saves for the cameras”. The former Hull keeper was afforded some daylight at the end of last season as he started Leicester’s final two Premier League games, but he has hardly been seen since.

“Knowing Matty over these first few weeks, he’s a good guy who has just been so unfortunate with injuries. It seems to have been a constant for him. He’s back now training but it’s going to be difficult for him first-team-wise between now and the end of the season. But his idea and our idea is just to get him back into the regular flow of training, of working, to build up that fitness. He may get some games with the second team between now and the end of the season to reinforce that and then he’ll be ready to start pre-season, hopefully, when his body is fit and strong. Then we see how pre-season goes.”

Connor Randall
Trent Alexander-Arnold, James Milner, Joe Gomez, Nathaniel Clyne, Jordan Henderson, Rafa Camacho and even Roberto Firmino have played at right-back for Liverpool this season. Connor Randall made the bench for Jurgen Klopp’s first three Premier League games in charge in October 2015, but has not made a matchday squad in any competition since January 2017.

Ben Woodburn
It was a fantastic move in theory, but it simply didn’t work out. Ben Woodburn started just once in the Championship for promotion-chasing Sheffield United before being recalled by Liverpool in January and plonked straight into their Premier League squad. He has unsurprisingly spent his time since in the club’s Under-23 squad, but did play for the Reds in the final league game of last season. He was even on the bench for both the Champions League quarter and semi-final second legs.

Alex Oxlade-Chamberlain
Liverpool needed him back not long ago before Jordan Henderson was allowed to venture beyond the halfway line and channel Michel Platini. The club’s desperation to fast-track Oxlade-Chamberlain’s recovery was such that Jurgen Klopp admitted he made a “mistake” last month, with the 25-year-old quite sensibly restricted to a couple of quiet reserve games since.

Eliaquim Mangala
All this nonsense about Quadruples and Quintuples rather overlooks Manchester City having already secured the biggest trophy of this or any season: an extended Eliaquim Mangala contract. So what if his two most recent first-team games were for Everton over 12 months ago?

Fraser Forster
How Southampton must regret handing Fraser Forster a five-year contract to make him one of their highest-paid players on a wage of £70,000 a week in July 2017. The over-capped 31-year-old made his last England squad that October and his most recent Premier League appearance two months later. It really has not gone well.

Vincent Janssen
He has still committed more fouls than he has had touches for Tottenham in the Premier League since the start of last season. But while questions are asked as to who will replace Harry Kane, Vincent Janssen lurks in the shadows as he plots his Champions League final-winning goal.

Winston Reid
“I think he will not be ready this season,” admitted Manuel Pellegrini of Winston Reid earlier this month. The centre-half is back in training but has not featured since injuring his knee in March 2018 and undergoing surgery due to a setback in July. He will presumably be like a new signing by August.