Home F365 Features Frozen out: The players yet to make a Premier League bench… 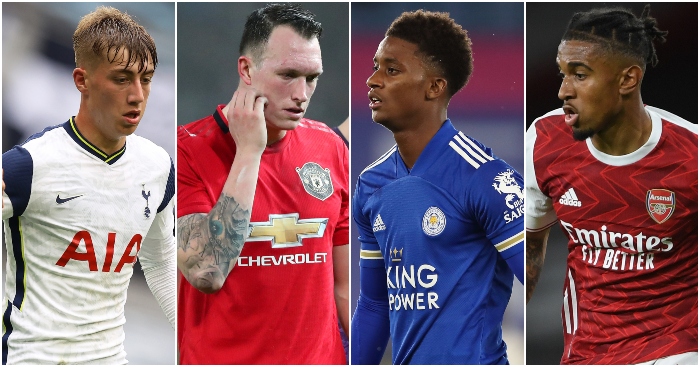 These are the players who have failed to make a Premier League match-day squad for their club this season, despite being (mostly) fit and (in theory) able…

Mesut Ozil – Not sure if you heard, but Arsenal’s most-capped international was left out of Mikel Arteta’s Premier League and Europa League squads.

Emile Smith Rowe – The 20-year-old hasn’t been seen since making the bench for the Community Shield win over Liverpool. Not helped by a shoulder injury immediately afterwards, but Smith Rowe would have hoped for more involvement since Arsenal rebuffed any approaches for another loan move this summer.

Reiss Nelson – The winger has featured in the Europa League but hasn’t come close to adding to his 17 Premier League appearances last season.

Cedric Soares – The Portuguese right-back has played in every competition for Arsenal this season other than the Premier League.

READ MORE: No panic yet but Arteta needs an Arsenal reaction

Henri Lansbury – The 30-year-old started all three of Villa’s Carabao Cup matches but having been left out of the Premier League squad, he’s no hope of any action now before January.

Frederic Guilbert – The French right-back made Dean Smith’s 25-man squad but the bench has been a step too far this season.

4th choice keeper on the bench for the 2018 world cup finalists, levels.

Max Sanders – The highly-rated academy graduate impressed in the Carabao Cup, just not enough yet to earn a spot on Graham Potter’s bench. Sanders, a 21-year-old midfielder, will probably go out on loan again in January to supplement the first-team experience he enjoyed at AFC Wimbledon last season.

Danny Drinkwater – A reminder that former footballer Drinkwater will continue to be paid £100,000 a week by Chelsea until 2022.

Nothing to see here. James Tomkins, Connor Wickham and Nathan Ferguson have all been crocked.

Yannick Bolasie – Left out of Everton’s Premier League squad and saw a Middlesbrough loan move collapse, which means his only action now comes for DR Congo.

Felt good to be back home in 🇨🇩 for the Qualifiers putting on these colours again with my teammates, we go again Tuesday 💪🏿💨❤️💙💯 #WorksHaffffiRun pic.twitter.com/zNgVOr0DVX

Fabri – The Spanish keeper was linked with a move to Turkey in the summer but he’s still getting under Scott Parker’s feet at Craven Cottage.

Ouasim Bouy – The 27-year-old, once likened to Paul Pogba by Mino Raiola, has become the forgotten man at Leeds. Though for most of us, it’s hard to forget someone you never knew existed.

Jay Roy Grot – Bielsa sprung a surprise by including the striker in his 25-man Premier League squad but he hasn’t made the bench and now he’s injured.

Demarai Gray – The winger, according to Brendan Rodgers, was ‘just outside the squad’ in September and he’s even further from it now having played only one game – the Carabao Cup defeat to Arsenal – all season.

Sepp van den Berg – Under normal circumstances, Van den Berg’s omission wouldn’t make any waves. But the fact Liverpool have almost exhausted their supply of centre-backs yet the £4.4million signing seems further than ever from the first team must be a little worrying for the Dutchman. Rhys Williams, Nathaniel Phillips and Billy Koumetio all appear to have jumped ahead of Van den Berg in Jurgen Klopp’s judgement.

Facundo Pellestri – United’s fourth deadline day signing is one for the future but the winger was due to go straight into the first-team squad. That’s was his former side were promised anyway.

Henri Saivet – The Magpies could not shift arguably one of the their biggest recent flops in the summer nor tempt anyone into paying even a portion of his £35,000-a-week salary on a loan basis. So he waits at St James’ Park for his contract to run down at the end of the season.

Rolando Aarons – A loan move to Huddersfield reportedly fell through after the paperwork was filed a couple of minutes too late. So the 24-year-old will have to wait for another opportunity in January to fly the Magpies nest.

Jayden Bogle – The summer signing from Derby is still waiting to get a a piece of the Premier League action but that certainly hasn’t damaged his value.

Kean Bryan – The 24-year-old was named in Chris Wilder’s Premier League squad but he has only played four times since joining the Blades in 2018 and spent last season on loan at Bolton.

Harry Lewis – And the news for the third-choice keeper isn’t great, with Ralph Hasenhuttl opting not to rotate his stoppers even for the Carabao Cup.

Danny Rose – The former England defender hasn’t been allocated a squad number and he won’t let Spurs save a few quid by agreeing to any early termination of his £70,000-a-week contract. Which is fair enough.

Jack Clarke – The £10million signing made his Spurs debut last month by coming off the bench in the Europa League but appears some way off doing the same in the Premier League.

Craig Dawson – It seemed a desperate move at the time and the fact the on-loan defender has yet to make a Premier League bench since joining from Watford only makes it stranger.

Roderick Miranda – Still there, apparently, despite not having played for Wolves since May 2018.

Luke Matheson – the closest the teenage signing from Rochdale has got to a senior appearance for Wolves is nine minutes at the end of a 4-0 defeat to Oldham in the Papa John’s Trophy.