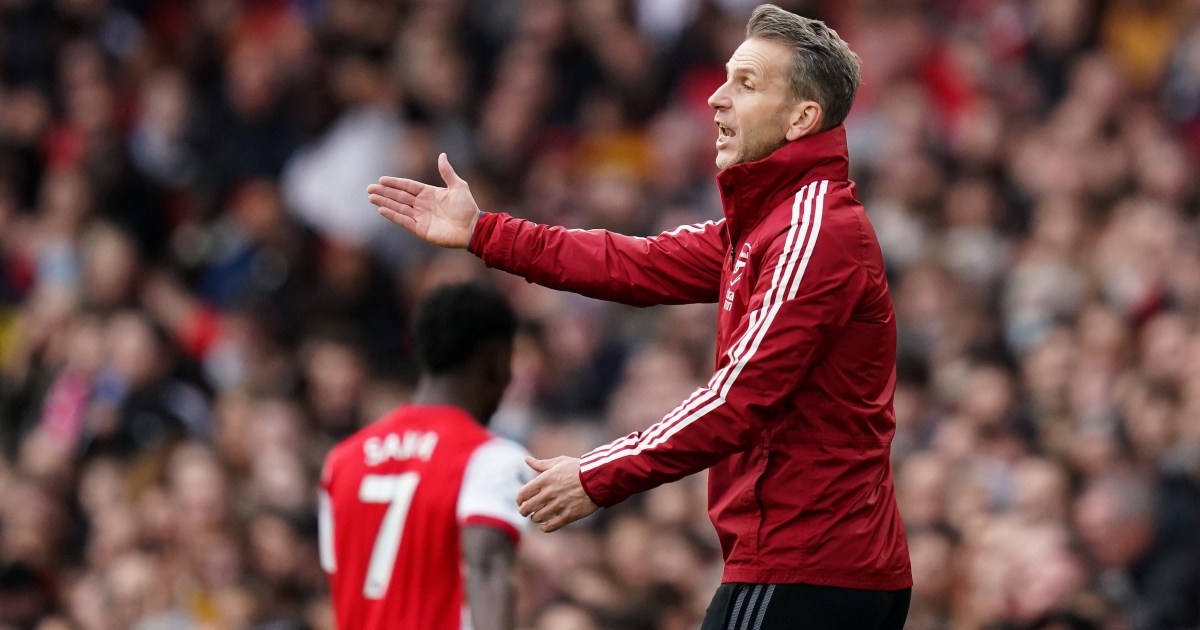 The Gunners took a first-half lead after a goal from Bukayo Saka and were also denied a penalty after Martin Odegaard went down under a challenge from Ederson.

Man City equalised through a penalty of their own. Referee Stuart Attwell was advised to go to the pitchside monitor to make a decision, something he did not do for the Odegaard incident.

Rodri netted a last-gasp winner for the Premier League champions to snatch all three points from Arsenal at the Emirates.

Stuivenberg was in charge with manager Mikel Arteta isolating after testing positive for Covid-19, and the Dutch coach has called for “consistency” from VAR.

“I think it is a penalty but I am looking for consistency,” he told BBC Match of the Day. “We have VAR in place so why not check yourself as a referee? That did not happen so it is disappointing.

“We did really, really good, how many chances did they really create? Until the end, they have lucky chance when it drops to them. The fans enjoyed our performance today, we had our chances, we had the big one at 1-1 with Gabriel Martinelli, it did not go our way but proud of the performance.”

Stuivenberg did justify the referee’s decision to send off Gabriel, who received two yellow cards in quick succession.

“It is something we have to learn, we have young players in the team and have to control our emotions. I am not sure the first yellow is because of that (scuffing the penalty spot), I cannot ask the question to the referee now. If you are on a yellow you have to be smarter.

“A lot of positives and we have to build from here, this is the level we have to play. Everyday we work hard to create this situation. We want to see a team with belief and can compete with a team like this and can play against a team like this too. We showed all of that today.”

Overall, the Gunners assistant manager was left “frustrated” to leave empty-handed after a positive performance.

“We are very frustrated with the outcome if you play a game like this against one of the best teams in the world. At the end to have zero points is frustrating because we should have won the game.”