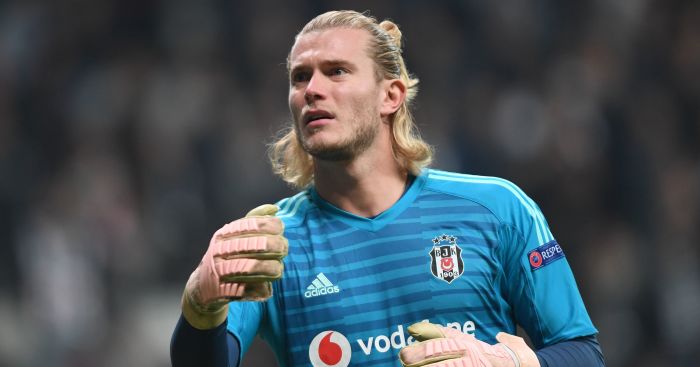 ARSENAL: Takuma Asano (Hannover 96)
Reports last week that the Bundesliga side want to make Asano’s move permanent are a tad bizarre considering that the Japanese striker – bought in 2016 instead of Kylian Mbappe, remember  – has not scored or assisted a single goal in 12 top-flight appearances.

Sunday thought: Does anyone know if Takuma Asano is a real person?

BOURNEMOUTH: Jordan Holmes (St Mirren)
He hasn’t played a single minute of football. Still, sitting on the St Mirren bench might be marginally better than being fourth-choice goalkeeper at Bournemouth.

BRIGHTON: Ezequiel Schelotto (Chievo Verona)
The one-time Italian international joined Serie A’s bottom club in January, came off the bench in two defeats, started a 0-0 draw and then suffered a season-ending injury on his second start. It’s not gone well.

BURNLEY: Nakhi Wells (QPR)
Wells is at least playing first-team football, but he has not scored a goal in his last 12 Championship games, a spell which has seen the rotten Rs drop from tenth to 18th. Ouch.

CARDIFF CITY: Lee Tomlin (Peterborough)
Back at Posh and he has scored as many goals as he has seen red cards in nine games back in League One.

Lee Tomlin has now been sent off 7 times playing for Posh. The most in the club's Football League history. Even Ray Hankin and Jack Baldwin only managed 5 apiece. #pufc

CHELSEA: Lucas Piazon (Chievo Verona)
The lesson: Never join the worst club in Serie A. Piazon has played a grand total of 32 minutes in the seven games since his arrival from Chelsea on loan. It’s his sixth loan and it might just be his worst.

CRYSTAL PALACE: Jason Puncheon (Huddersfield Town)
He was signed to provide experience, leadership and a creative spark but he missed Town’s only victory since his arrival after an alleged bust-up following his substitution at Newcastle. He did at least make the bench for Saturday’s defeat to Bournemouth.

EVERTON: Ashley Williams (Stoke City)
It turns out he’s too slow for the Championship too. Stoke boss Nathan Jones has dropped Williams for the Potters’ last six games and been rewarded with a five-match unbeaten run, three clean sheets and a first win in six weeks.

Hey @Everton, can you take Ashley Williams back please. Watching Stoke for 30 years, I know a thing or two about dreadful defenders, and he really is dreadful. Really fucking dreadful.

FULHAM: Aboubakar Kamara (Malatyaspor)
A fight in a yoga session, an argument over a penalty and then an arrest for ABH. So Kamara was shipped off to Turkey, where he has made two sub appearances and picked up more bookings (2) than goals (0).

HUDDERSFIELD TOWN: Rajiv van La Parra (Middlesbrough)
Tony Pulis wanted a winger. It turns out that Tony Pulis did not want this particular winger as he has played just 69 minutes of Championship football since making the move in January. He didn’t even make the squad for Saturday’s miserable home defeat to Brentford.

Don’t try to understand everything, Sometimes its not meant to be understood.

LEICESTER CITY: Islam Slimani (Fenerbahce)
There was some suggestion that Leicester would offer him to Cardiff City as a replacement for Emiliano Sala, while other reports said he would be recalled from Turkey and then sent on loan to Real Betis. What we do know is that Fenerbahce has largely been a disaster for the £30m striker, who has scored once in 15 appearances in the top flight.

LIVERPOOL: Loris Karius (Besiktas)
“Karius has gone a bit stagnant, something is wrong with his electricity, motivation, enthusiasm for the game,” said Besiktas manager Senol Gunes after the German conceded his seventh and eighth goals in four games at the weekend.

Afterwards coach Senol Gunes said: “He was at fault for the goals he conceded. Karius has gone a bit stagnant, something is wrong with his electricity, motivation, enthusiasm” pic.twitter.com/U6QrAR4Rfl

MANCHESTER CITY: Marlos Moreno (Santos Laguna)
Signed in the summer of 2016 for £5m, Colombian international Moreno has never actually played for Manchester City. He is playing marginally more for Santos Laguna in Mexico, where he has started one league game since arriving in January.

MANCHESTER UNITED: Tim Fosu-Mensah (Fulham)
Just seven Premier League starts all season, and none at all since November for a Dutch international full-back. He said on Twitter this week: “I want to apologise to the Fulham fans for not being able to show the best me. It’s been a difficult season but I’m so grateful that you’ve stuck by team.”

I owe this man a lot. He gave me my debut at @ManUtd and I learned a lot from him. I'll always be grateful for that. Thank you and I wish you a happy retirement👍🏾 pic.twitter.com/dufxYjiw8h

NEWCASTLE UNITED: Jamie Sterry (Crewe)
“You do get frustrated, but it’s nice to see the team keep winning. The team had been doing well and I understood I had to wait for my chance,” said the full-back as he watched four Crewe games from the bench. He then came into the Alex team for a clash with Northampton, lost 2-0, and promptly got stuck back on the bench.

SOUTHAMPTON: Wesley Hoedt (Celta de Vigo)
The £15m defender was sent off on his La Liga debut and missed the subsequent 1-0 win over Sevilla. So far, that’s the only victory his new club have recorded with Hoedt in the building. And yes, he has since been dropped. “We’ll see what happens in the summer but of course, I would like to continue in this great club,” he said, presumably in vain, last week.

TOTTENHAM HOTSPUR: Georges-Kevin N’Koudou (Monaco)
He played a grand total of 21 minutes of football for the resurgent Monaco and then suffered a hamstring injury. A reminder: Nkoudou cost Tottenham £11m in 2016 and he has not started a single Premier League game.

Difficult game last night but what a place to make your Serie A debut! Such a proud moment and I look forward to gaining more minutes and experience while i’m out here. I’ll keep working hard and keep learning ⚪️⚫️@Udinese_1896 pic.twitter.com/UwYQiqZMC0

Jesus. What an introduction to Italian football after sitting on the bench for the first few weeks of his Udinese loan. The 19-year-old midfielder looked understandably out of his depth against Juventus and was hauled off at half-time with the scoreline already 2-0.

WEST HAM UNITED: Reece Oxford (Augsburg)
This is just delicious (for everybody but Reece Oxford). The centre-half made his debut for the last couple of minutes of a 1-0 win and then conceded 12 goals in three games before being sent off in the last minute of that third game. Without him, Augsburg then beat Borussia Dortmund 2-1 and drew 0-0 away at RB Leipzig.

WOLVES: Phil Ofosu-Ayeh (Würzburger Kickers)
Würzburger what’s that you say? And Phil Ofusu-who? He is a one-time Ghana international who joined Wolves on a free transfer in 2017 and has never actually played for the club. He is currently on loan with the Kickers – where he has started one league game – and is even more currently suspended for assaulting an opposition player.