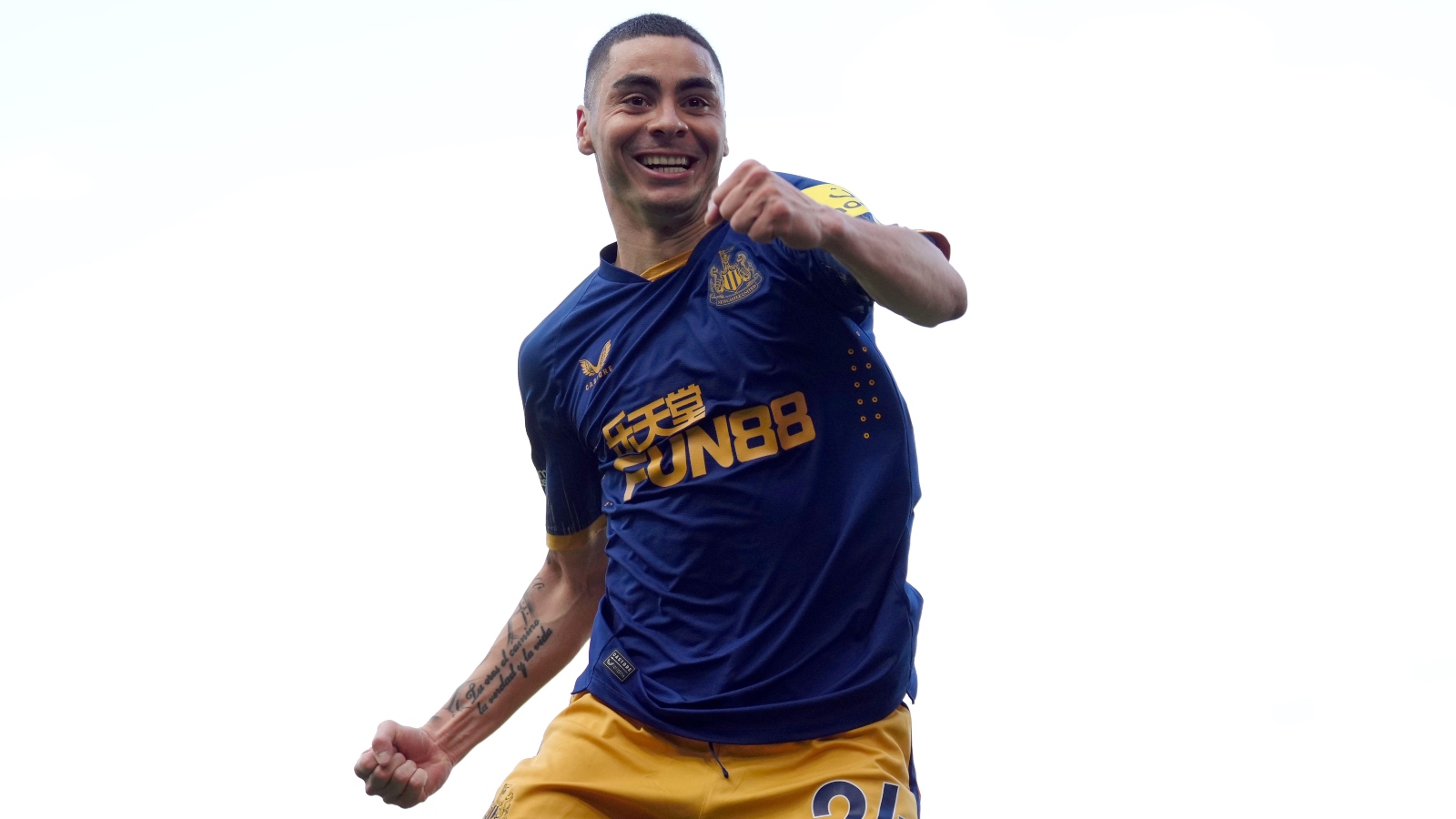 Miguel Almiron was on target twice as Newcastle United ran out 4-1 winners against ten-man Fulham at Craven Cottage.

Newcastle went into the game with just one win in the Premier League this campaign, but stormed to an impressive victory following an eighth-minute red card for Nathaniel Chalobah.

Callum Wilson put Newcastle ahead just after Fulham were reduced to 10 men, before Almiron scored his first of the afternoon with a stunning volley from the edge of the penalty area.

Sean Longstaff then added Newcastle’s third just before half-time, with Almiron capping off a dominant Magpies performance with a fourth in the 57th minute.

Fulham grabbed a late consolation goal, as Newcastle’s standards slipped at the back, with Bobby De Cordova-Reid heading home from close range.

Marco Silva’s side had gone into the game ahead of Newcastle in the table having put in some impressive performances, but the four changes due to injury proved significant.

Aleksandar Mitrovic was forced off in the first half, and the home side did not register a shot until the 68th minute.

Newcastle started brightly despite a much-changed team from their last Premier League clash, and hit the woodwork inside the first five minutes.

Dan Burn took his chance from distance and his effort was saved by Bernd Leno, and Wilson’s effort on the rebound hit the outside of the post.

In the eighth minute, Chalobah was sent off by referee Darren England for a foul on Longstaff. The Fulham midfielder had been shown a yellow card before VAR intervened and the referee went to the pitchside monitor before changing his decision on the severity of the late, lunging tackle from Chalobah.

Moments later, the visitors took the lead when Newcastle switched the ball to the left to Kieran Trippier who expertly picked out Joe Willock at the far post.

The midfielder headed back across goal for Wilson to tap home. The goal was referred to VAR for an offside check, but was allowed to stand.

Newcastle had a chance to add to their tally, when Wilson controlled a Willock cut-back, turned and shot but his effort went over the bar.

Just as Fulham looked to be settling into a new, more defensive position, Almiron doubled Newcastle’s lead with a stunning volley. Bruno Guimaraes played the ball to the Paraguayan just on the corner of the box over his shoulder and he fired it first time past Leno and into the top corner.

To add to Fulham’s troubles their talismanic striker Mitrovic was forced off with an injury in the 36th minute after briefly receiving treatment on the field.

The Magpies added a third just before half-time when Longstaff was alert to slot home after Sven Botman’s header had been tipped onto the woodwork by Leno.

Fulham continued to struggle to contain the Newcastle attack and, after three first-half substitutes, it was not made easier.

Almiron had his second of the match in the 57th minute, with Dan James running into difficulties as a makeshift left wing-back.

Murphy played in Willock who picked out Almiron for a tap-in to make it 4-0, before De Cordova-Reid headed in a late consolation goal for the home side in the 88th minute.