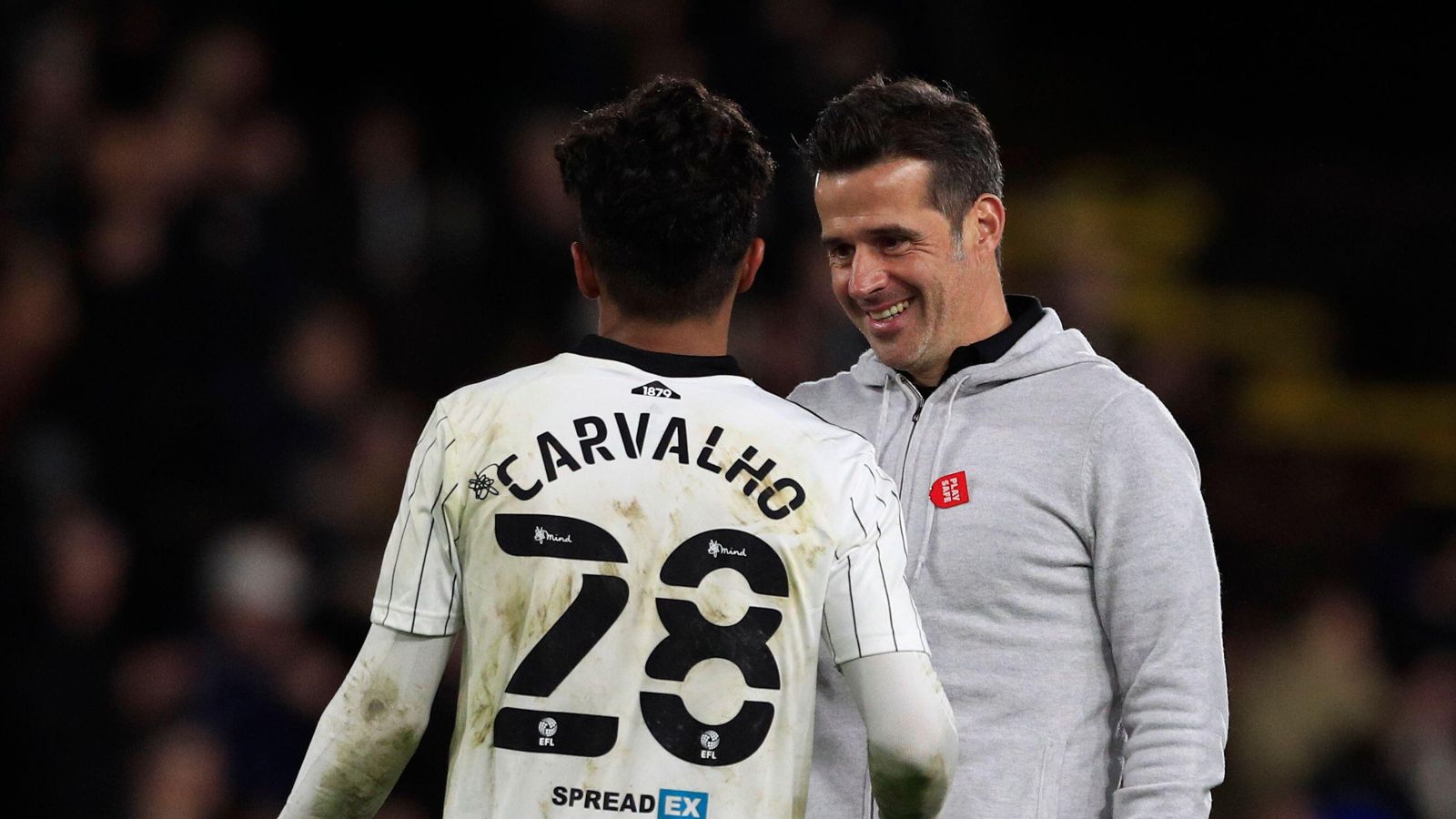 Fulham manager Marco Silva has acknowledged that he would “100 per cent” love to keep Liverpool-bound Fabio Carvalho for another season.

Carvalho looked set to seal his move to Liverpool in January. A deal was in place which would have seen him join the Reds and spend the rest of this campaign on loan at Fulham.

This transfer did not come to fruition on deadline day but it was reported in April that Carvalho will sign for Liverpool this summer. He is out of contract in June but they will pay £5m plus add-ons for his services.

The 19-year-old made his senior debut for Fulham last season and he has been in great form in 2021/22.

He has grabbed ten goals and eight assists in the Championship from his 35 appearances.

Fulham have already sealed the Championship title. With a game to go, they are five points clear of second-placed AFC Bournemouth.

Silva has said it is “difficult to accept” that Carvalho will not be a Fulham player moving forward:

“You know how I love the boy, I don’t need to repeat again,” Silva said (quotes via Liverpool Echo).

“I would love to have him with me more time as well at this football club, but it’s what you can do and it’s difficult sometimes for us to accept, that is football and that’s life.

“I don’t have news about it. You ask me if I would like to keep him here, I’m 100 per cent sure. But we will see if it would not be possible.

“About next season, he will not be our football player. It’s difficult for me, I can’t speak about the situation.”

Liverpool face Tottenham Hotspur this weekend. Jurgen Klopp believes Spurs are “the biggest challenge for protection” they have “faced in a long time”:

“Speed like crazy up front, Harry Kane, what a player, they have a blind understanding (the front men). It’s probably the biggest challenge for protection we’ve faced in a long time. We have to find a way to keep them calm as often as possible.”

Due to the amount of competitions Liverpool are still in, the Reds have found themselves playing a few times a week for a while and Klopp has joked that an extra day to prepare for Spurs is like a”week’s holiday” to his squad.

The German added: “The challenge facing at Newcastle wasn’t an easy task, between two Villarreal games. Now we have a day extra to prepare and it feels like week’s holiday to be honest.”