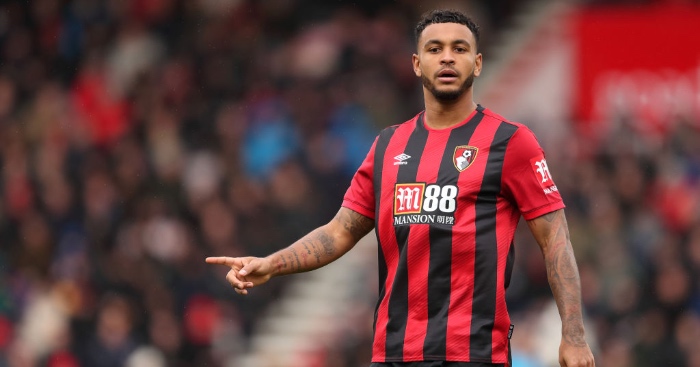 Fulham and Crystal Palace are reportedly linked with a move for Bournemouth forward Joshua King.

The Norwegian international is looking for a move out of the Championship after the Cherries got relegated last term.

They finished 18th in the Prem under Eddie Howe, one point off safety.

According to the Daily Mirror, Fulham and Crystal Palace are the favourites to sign the player before the end of the domestic transfer window.

The window shuts on Friday 16th October, meaning the two London sides have just under a week to begin negotiations.

Aston Villa and Brighton have also been linked with King in the past, although Villa recently signed Ollie Watkins to lead their front line.

Fulham manager Scott Parker is believed to be open to the idea of signing another forward.

They’re yet to win the in the new Prem season after losing to Wolves 1-0 in their most recent match.

Fans will be hoping that last season’s top scorer Aleksandar Mitrovic can revive some of his form which saw him score 26 goals in 41 league appearances.

King is a former Man Utd player who was also linked with a return to the Old Trafford club. However, a deal failed to materialise as United focused their attention on Jadon Sancho and Donny van de Beek during the summer.

The 28-year-old has played in just one of the Cherries’ Championship fixtures so far. They’ve started the season strongly, registering three wins in their first four games.

New manager Jason Tindall is aiming for an immediate return to the top flight where they spent five seasons in total.

Bournemouth’s next league game will be against QPR on Saturday 17th October, although it’s not yet clear whether King will still be at the club to play.