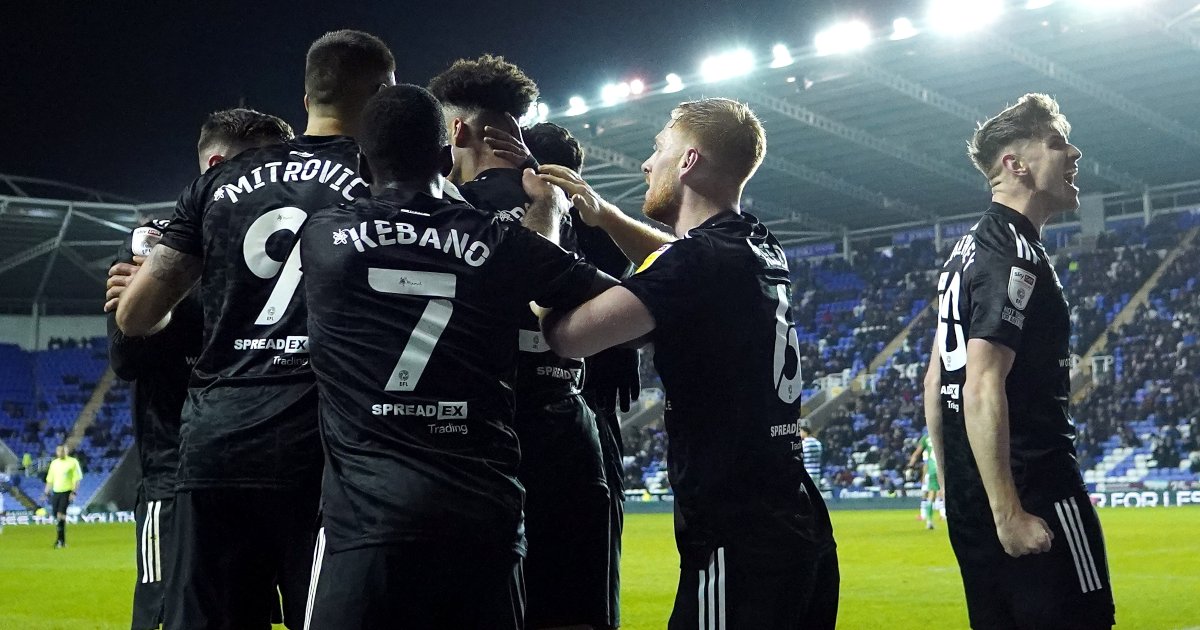 The Cottagers’ second 7-0 away demolition of the season – which came despite the opposition scoring the best two goals of the night, only for Andy Carroll to see both elements of what would have been a miraculous brace chalked off  – helped cement their place as certainly the best attacking team the EFL has to offer.

Marco Silva’s time on these shores has been spent proving the doubters wrong before he had even taken charge of an English fixture (see Paul Merson et al) and then strengthening the very real doubts over his ability to manage owing to major weaknesses exposed at Hull (defending), Watford (loyalty) and Everton (the latest in a long line of bland managerial reigns at Goodison Park). In the summer, we wrote about how Fulham’s appointment of the Portuguese manager was a last chance saloon for him in English football, and a big risk for the club too in securing another instant return to the top flight.

Fulham have been far from imperious – the victory over Reading was their first win in six games. An almost-imperious lead over the play-off spots had evaporated to the point where they sat below Bournemouth and Blackburn in the table and back amongst the fodder of those chasing the end-of-season lottery.

But results like Tuesday’s go some way to showing just how dangerous this Fulham side can be. Forget analysis for a second too. This Fulham side are ridiculously fun, and sometimes, that matters more than anything. The Cottagers sit a point off top spot with a game in hands on the current leaders Bournemouth and while Reading may be some of the easiest opposition to play against at the moment, Bristol City, Birmingham, Stoke and Blackpool all look winnable fixtures through the rest of January.

A team that can and has scored seven on two separate occasions away from home this season, with the first of those being against the team currently in third thanks to the almost untouchable form shown since that November humiliation, shows just how many levels above the rest this Fulham side can be.

It would be harsh and remiss of us to suggest that Marco Silva is getting by on pure vibes, but stellar and superior tactical acumen is not required when the individuals in your team are just this good. Aleksandar Mitrovic’s exploits are well documented, another brace for him in midweek taking his season’s tally to 24 goals and six assists from 23 matches played. Harry Wilson’s four assists, adding to two goals of his own, took the winger to 17 goal involvements for the campaign.

Just like Jean Tigana’s famous Fulham side of the early millennium, this Cottagers team are not just good, they are capable of being so much better than any team in the division on their day. Having suffered two relegations from the top flight in three seasons while enduring some pretty tepid and uninspiring football, winning is one thing. To be well on course to score over 100 goals while still being able to claim no side in the division has conceded fewer makes for even more delightful reading for all those who follow the club.

Nights like Tuesday go some way to showing that when they mean business, Fulham are far too good for this division. As a team, they can still leave much to be desired but as 11 individuals, they can blow the opposition away with consummate ease. It may not be perfect, and Silva’s flaws in management to date show it may not be sustainable in the long term of sustaining themselves in the Premier League if and when – though surely the latter – they get there.

But in becoming the first English side since the 19th century to score seven goals or more on multiple occasions away from home in the same season, this Fulham team have written themselves into the history books and on current form, will do so plenty more times between now and May.

Supporting Fulham may have been a rollercoaster ride in recent years, but being a fan of the Cottagers right now is a thrill for the ages. Fun and deadly in equal parts, the joy alone could carry Marco Silva and co. back to the Premier League this summer.