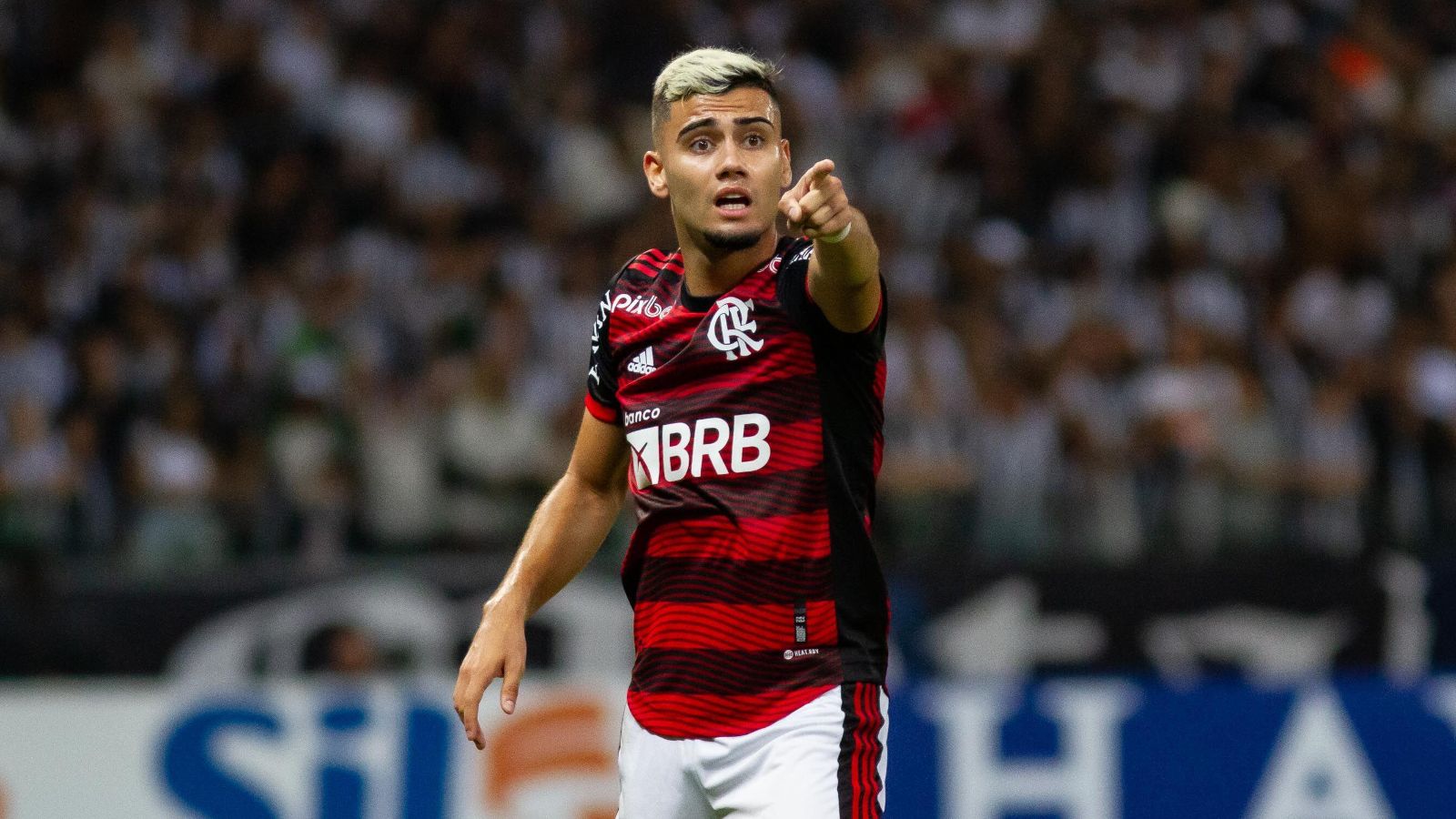 According to reports, newly-promoted Fulham have been ‘given permission’ by Manchester United to speak with their midfielder Andreas Pereira.

The midfielder signed for Man Utd from Dutch side PSV in 2011. He made his senior debut for the Red Devils at the start of the 2014/15 campaign.

The Brazil international has struggled to establish himself at United. He has only played 75 times for them across all competitions.

Pereira has spent the last couple of seasons on loan at Flamengo. They looked set to sign him until Fulham joined the race for his signature.

Scott Parker’s side submitted an £11m bid for the 26-year-old earlier this week.

90min are now reporting that Fulham have agreed a fee with Manchester United.

They ‘have permission to speak’ to the player, though it is noted that Flamengo are also ‘trying hard’ to sign him.

Pereira recently stated that it is his “desire” to stay at Flamengo permanently:

“It is no longer in our hands, I have already said it on several occasions and interviews, my desire to stay!

The Dutchman took over as Red Devils boss at the end of last season after Ralf Rangnick’s indifferent stint as interim manager.

Barcelona’s Frenkie de Jong – who Ten Hag managed at Ajax – is a top target, and United have reportedly made a breakthrough in their negotiations with the La Liga outfit.

However, it is believed that the Dutch manager won’t look to recruit another central midfielder this summer despite the loss of Paul Pogba, Jesse Lingard, Nemanja Matic and Juan Mata.

Although this could change if the Old Trafford club fail to land free agent Christian Eriksen, who operates in a more attacking role.

According to The Times, there is some interest in Leicester City playmaker Youri Tielemans – who is out of contract next summer – though it is unclear how high on Ten Hag’s list the Belgian sits.

Ten Hag is a huge fan of Scotland midfielder McTominay, who is seen “as a pivotal player in his first team plans”.

“United will resist any offers” for the 25-year-old and the report adds that Newcastle, and one other Premier League club, “made tentative enquiries about McTominay’s availability earlier in the transfer window”.

The midfielder is regarded as untouchable, and although no formal offer has been made, it is believed that United would reject any advances.