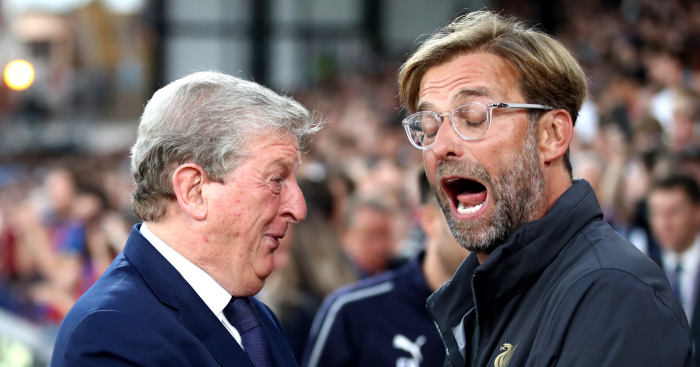 Fulham have launched a bizarre and actually quite hilarious attack on Liverpool supporters.

The Cottagers host the Reds later this month and have added a little extra spice to the match by hitting out at their treatment of former manager Roy Hodgson.

Hodgson took Fulham to the Europa League final but left them in 2010 to take over at Anfield after Rafael Benitez left the post.

He fared terribly on Merseyside however, winning just 13 of 31 games before he was sacked by January 2011, six months after his appointment.

In their official matchday programme for Sunday’s 2-1 defeat to Chelsea, Fulham discussed Hodgson’s Liverpool demise in a regular section called ‘The List’, which focuses on three people who should perhaps have never left Craven Cottage.

And they did not hold back, sarcastically referencing ‘the cool-headed pragmatism’ of Liverpool fans ‘that has endeared them to the footballing public’.

‘He was given a frosty reception on his subsequent appointment at Liverpool, with fans being unmoved by his success with smaller provincial clubs like Inter Milan,’ the piece read.

‘Realising that Roy was not going to win the league immediately and angered by his failure to buy the world’s best players, who would obviously jump at the chance to sign for the team that had dominated Europe a mere three decades earlier, fans quickly lost patience.

‘Demonstrating the cool-headed pragmatism that has endeared them to the footballing public, the Liverpool faithful demanded Roy’s replacement be an exciting young manager befitting the club’s stature.

‘Setting the time circuits to 1991, the club’s executives piled into the waiting DeLorean and floored it to ’88, returning with a fresh-faced and energetic Kenny Dalglish, ready to usher in a new era of dominance spearheaded by future club legend Andy Carroll, a shrewd purchase at just £35m.

‘Unfortunately, however, Alex Ferguson and Wayne Rooney recovered the time machine, went back to 1991, stole the Sports Almanac and brutally laid out Jan Molby at the ‘Enchantment Under the Sea’ dance.

‘This left the club with no option but to drag present day Kenny out of the pub and into the dugout, skewing the timeline and culminating in an underwhelming eight-place finish and Kenny’s departure (again).’