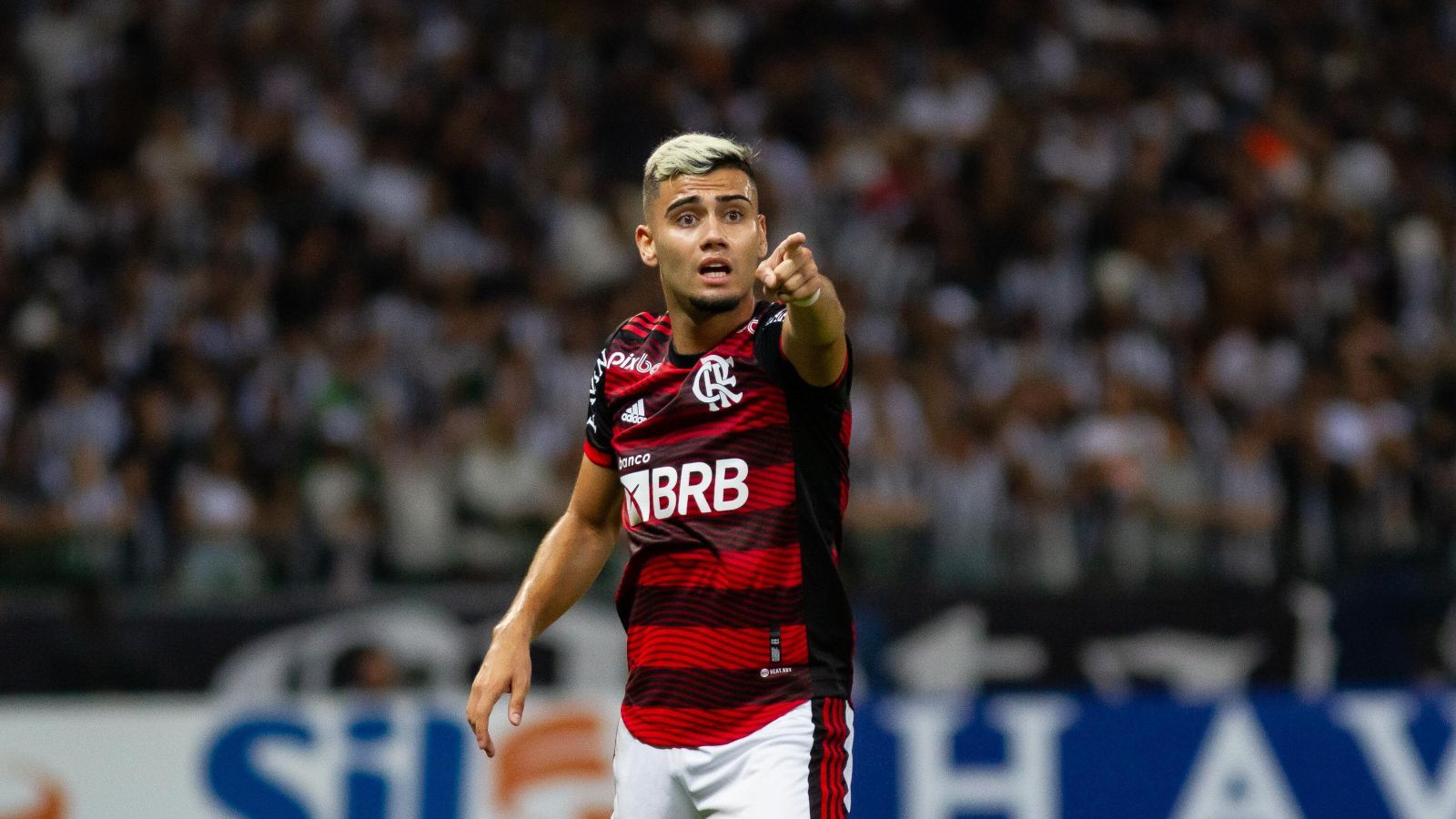 Newly-promoted Premier League side Fulham have made an £11m bid for Man Utd midfielder Andreas Pereira, according to reports.

The Brazilian still has two years remaining on his contract at Old Trafford despite now turning 26 and being some way from being a Red Devils regular.

Pereira made his professional debut for Man Utd back in 2014 after progressing through the youth ranks at Old Trafford.

In his eight years as a professional for the club he has played just 75 times in all competitions with Pereira enjoying his best season in 2019/20 when he made 40 appearances.

A lot of his time at Man Utd has been spent out on loan at other clubs with Pereira enjoying temporary spells away from United at Granada, Valencia, Lazio and Flamengo.

There was speculation that Flamengo wanted to make Pereira’s loan deal into a permanent with reports in February claiming there was a ‘total agreement’ between Man Utd and the Brazilian club for the midfielder.

However, their interest has gone cold and the Daily Mail now claim that Championship champions Fulham could become Pereira’s new permanent home.

The Cottagers have ‘made an £11m offer’ to Man Utd for Pereira – who is currently still on loan at Flamengo – with the newly-promoted side offering £8.6m initially with a further £2.4m in various add-ons.

Pereira could choose to try and impress new Man Utd boss Erik ten Hag but the Daily Mail insists that the Red Devils ‘will listen to offers for Pereira this summer as Ten Hag looks to reshape his squad’.

They do also claim that Flamengo are still ‘keen on trying to secure Pereira to a permanent deal’ but that they have ‘found complications in trying to strike a deal’ and ‘Fulham are now hoping to take advantage of the impasse’.

Speaking about his future in April, Pereira seemed keen to turn his loan at Flamengo into a permanent transfer away from Man Utd.

“I have a contract until June and I will always do my best for Flamengo. I’m focused and positive for whatever comes,” Pereira told Globo Esporte.

“I just want to thank the fans, the teammates, and everything they are doing for me and have done. It was really difficult, very difficult after the final, but it’s something that inside me I’ve already overcome. I’ve already put it back and I’m looking forward more calmly. I’m sure I have enough quality to reverse this situation.”

Pereira added: “I don’t pay much attention to these things, but everyone knows that I prioritised Flamengo. Everyone in the club knows this. It’s hard for me to talk about my own value, but a Manchester United player for 10 million euros… Should I be cheaper? I’m doing my best, but I can’t say if it’s too expensive or cheap.

“I’m calm and focused. I know there’s this indecision. I also have to talk about it with the people close to me, and on the pitch I’m calm. I know it can be resolved in a month, at the end before I leave, but I’m calm and always thinking about the next game.

“I came to Flamengo to show my football and I will show a lot more. Of course, the disappointment of not having won the titles remains, for sure, but I always tried to show my value on the pitch and the fans recognised it. I always told my friends and Flamengo that I always prioritised them, and that Flamengo is very important to me.”