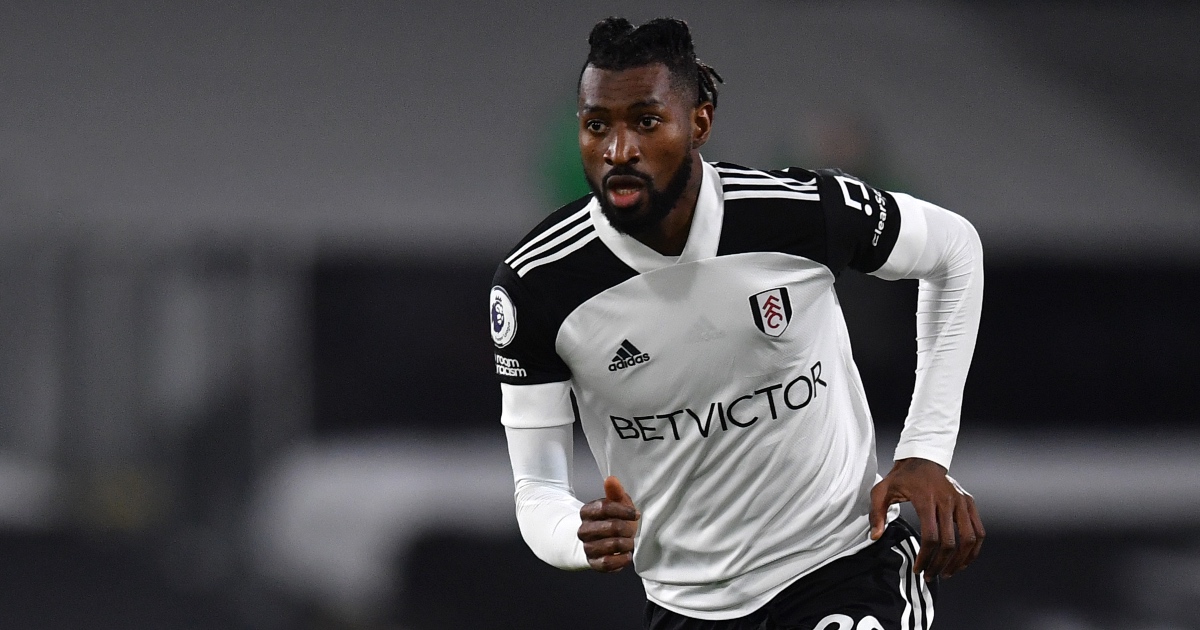 Arsenal and Lazio are hoping to land Fulham midfielder Andre-Frank Zambo Anguissa, according to reports.

The Cameroon international put in some good displays during the season just finished but couldn’t help Fulham avoid relegation.

He featured 36 times in the Premier League and didn’t look out of place, so a big money move could be on the cards this summer.

Sancho is the forgotten piece in England’s attacking puzzle

According to Italian source Tuttosport (via ESPN), Lazio will rival Arsenal for Anguissa’s services in the upcoming transfer window.

They need a new defensive midfielder following the departure of loanee Tiemoue Bakayoko, who recently returned to Chelsea.

Arsenal have been quoted by Metro as having an interest in the 25-year-old. He is one of several midfield options being looked at by Mikel Arteta, with the Spaniard’s list also including Yves Bissouma of Brighton.

The improved form of Anguissa is the reason for interest from top European sides.

He struggled to cope with top flight life back in 2018/19 and was loaned out in the following season to gain more experience.

A year with Villarreal seems to have done him good, as he returned to the Premier League a more balanced player this term.

His starring moment came in January. Although the Cottagers were beaten 2-1 by Manchester United, Anguissa showed confidence and maturity in a solid display against some of the league’s best players.

His performance brought comparisons with Gini Wijnaldum and Moussa Sissoko from us.

Speaking about his team’s improvements since 2018/19, Anguissa said in March: “The team is much more solid than before.

“What we’ve done this season is not insignificant. We’ve had the confidence to play, to pass the ball, against good teams.

“Scott Parker knows how to make the players feel good, to feel confident. He always finds the words to get through to us. If he tells you it’s possible, you believe it’s possible.”

Anguissa started his career in Europe with State Reims, before joining Marseille in 2016.

He made over 100 appearances for the nine-time French champions to earn a £22.3million move to Fulham in 2018.

Anguissa’s Fulham career is finally looking up, but it could soon be ended by interest from Arsenal and Lazio.