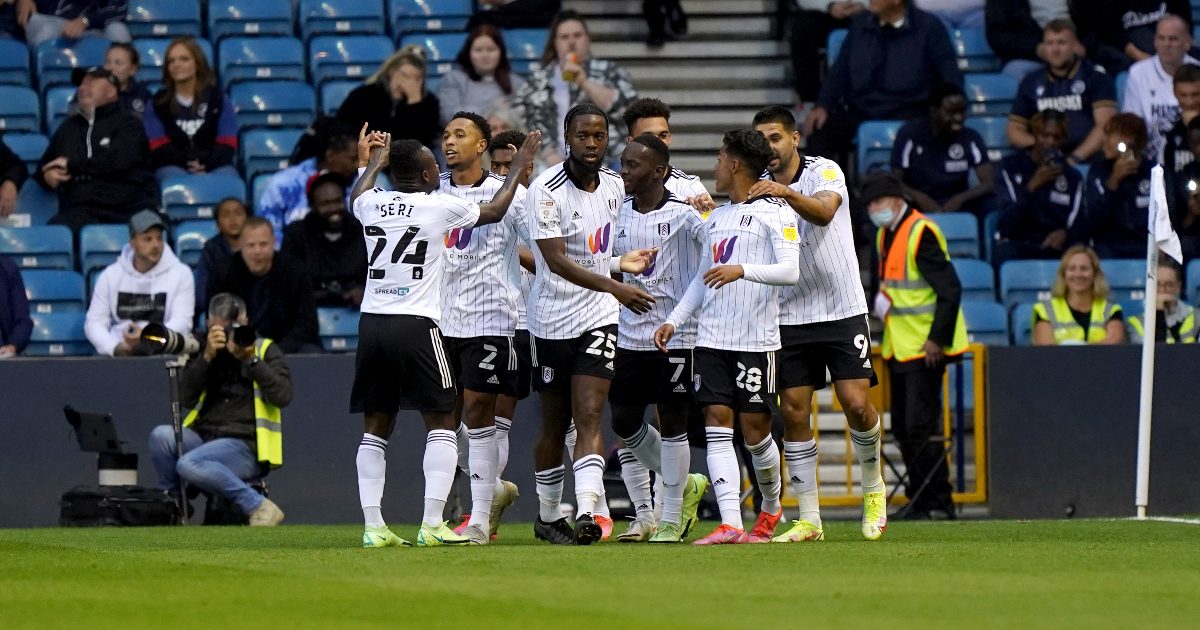 Fulham and Stoke City sit level on seven points at the top of the Championship three games into the 2021/22 season.

The away teams fared well on Tuesday night as five of the seven games were won by sides on the road.

Fulham were one of those as they got the better of Millwall. Aleksandar Mitrovic got his team off to a brilliant start by netting in the third minute before 18-year-old Fabio Carvalho doubled their advantage six minutes later.

The visitors were on top for most of the match but Benik Afobe’s late header set up a nervy finish.

Stoke are second in the standings after Sam Clucas starred in a 3-1 victory against his former side Swansea.

Nick Powell gave the visitors a deserved lead that Clucas added to, holding up his shirt in celebration, before Leo Ostigard added a third and Swansea substitute Joel Piroe grabbed a consolation.

Former Stoke boss Nathan Jones’ Luton sit a place behind them having triumphed 1-0 at Barnsley thanks to Amari’i Bell’s first goal since March 2019.

Coventry ended the evening in fourth thanks to Viktor Gyokeres’ goal on the stroke of half-time sealing a 1-0 win at Blackpool.

The fifth away victory came at Reading, where Bristol City held their nerve to secure a 3-2 win.

Andreas Weimann and Chris Martin put Nigel Pearson’s men 2-0 ahead after 14 minutes at the Madejski Stadium, only for Femi Azeez to quickly reduce the arrears.

Weimann grabbed his second of the evening early in the second half, but Liam Moore ensured a tense conclusion as Reading pushed for a leveller to no avail.

Huddersfield were the only home side to triumph on Tuesday as Sepp van den Berg’s own goal was enough to see of Preston 1-0, while Aden Flint was Cardiff’s hero as Peterborough were denied victory at the death.

Darren Ferguson’s newly-promoted hosts looked on course for a second successive victory when striking twice in the space of three minutes early in the second half through Harrison Burrows and Siriki Dembele.

But City had other ideas as they piled on the pressure to snatch a draw, with Flint scoring two clinical headers – both courtesy of exquisite Marlon Pack crosses – in a breathless finale to a 2-2 draw.