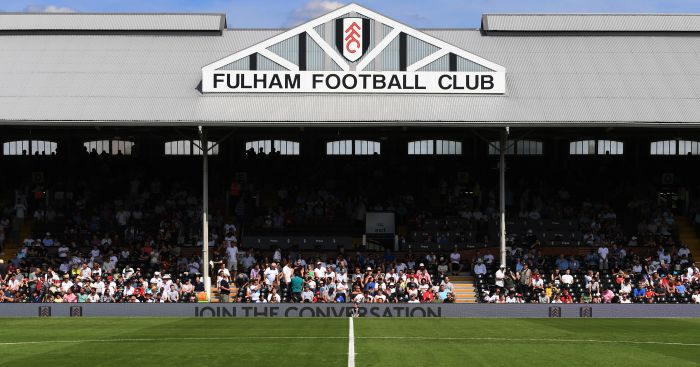 Fulham vice-chairman Tony Khan told a supporter to “go to hell” in a row on Twitter following the club’s defeat against Burnley.

The Cottagers have been cast five points adrift of safety after they scored two own goals in a 2-1 loss at Turf Moor.

In response to the setback, a fan told Khan to leave the club, with Khan replying: “Never. I’ll die at this club. Go to hell.”

Khan courted criticism for the tweet, but later claimed he had been subjected to disparaging messages from the Twitter user, including in the weeks after they won promotion back to the Premier League.

The 36-year-old, who is the son of club owner Shahid Khan, also insisted the Cottagers would invest in a series of signings during this month’s transfer window.

And he urged fans not to give up on remaining in the top flight.

He tweeted: “To squad, staff + supporters, some people are waving the white flag and saying we should surrender, people said the same when we were 6 & 4 points behind the past 2 seasons; we closed the gap both times.

“Our squad has great moments, but they’ve shown their abilities more often than they’ve gotten the points we need. But we can close this gap. As with last January we’ll make multiple signings to improve the squad, but it’s on our players now to fight, finish & win. Come on Fulham!”

Fulham spent around £100million on additions to their squad in the summer, but have won just three league games and their defeat against Burnley was their third in succession.