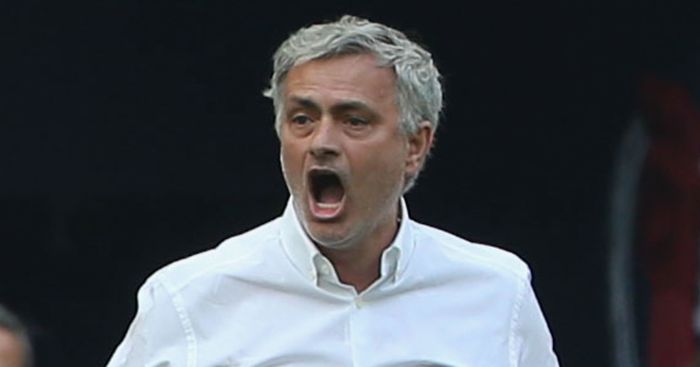 Jose Mourinho answered five out of six questions that came his way on Friday morning in a press conference that was moved to an earlier time of 8am.

And the Manchester United boss gave the reporters a frosty reception as he sat down without addressing the gathered media with a ‘good morning’ or a ‘hello’.

Answer: “For many different reasons.”

Question: “Can you tell us some of those reasons?”

Question: “Jose, you’ve had a great home record wherever you’ve been as a manager. How important is it to return to that this weekend?”

Answer: “Very important. I know we are in the beginning of October and we look to tables all around Europe and in many of the leagues the tables in September and October don’t reflect what is going to happen in a few months or even at the end of the season.

“But we are in a position where we can do much better and to do that we need points, points that we lost especially in the last two Premier League matches, with one point out of six.

“And we know to improve that position we need to win the three points, but we know that our opponent for different reasons they also need the points.

“They have a very, very very good coach, a team that is always very well organised, against especially the teams of the first part of the table, where their manager is very bright on his analysis of the opposition qualities and to try to stop them.

“The results they’ve had against the top teams didn’t get them points yet this season, but gave them very, very close results and very difficult matches for the opposition.

“So we expect a difficult match.”

Question: “You’ve not won at home since the opening day, I guess it’s important to repay the fans and an important time to do it before the internationals?”

“But only one defeat at home all season, only one defeat in the last seven matches, but not victories at home in the past three matches, three draws, not the feeling of defeat, but not the happiness of the victory, so it’s important for us to try and win this match on Saturday.”

Question: “Jose, you’ve gone four without a win, the club’s only gone five without a win once since 1999, do you accept that kind of run for a club of this size is not good enough?”

Question: “And are the fans assured that you’re doing everything that you can to try and turn this around?”

Mourinho does not answer the question.