Home Chelsea ‘Fuming’ Chelsea will ‘take our anger out against Liverpool’ 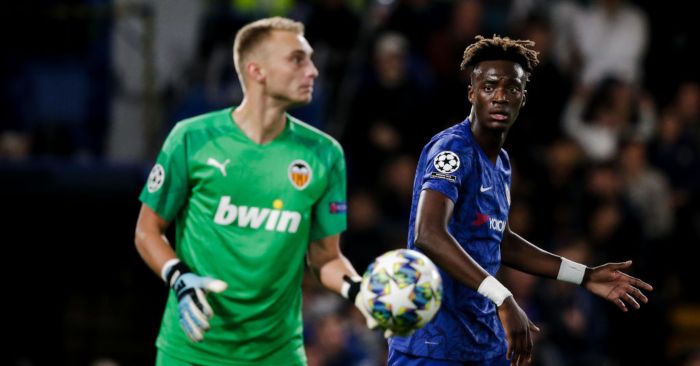 Both Chelsea and Liverpool fell to defeats in their first Champions League games of the season to Valencia and Napoli respectively.

Their Premier League fortunes have differed, with Chelsea winning two, drawing two and losing one of their opening five games, while Liverpool have emerged victorious in each.

They will meet on Sunday for the second time this season after Liverpool’s penalty shoot-out win in the Super Cup, with Premier League joint top scorer Abraham out for revenge after his missed spot-kick handed the Reds the trophy.

“(Sunday) is a test of character. We can take our anger out against Liverpool,” he said.

“It’s a massive game and both teams will be going to win. We’ll look forward to putting (tonight’s defeat) right.

“It’s still early doors. We’re fuming we lost today. But there’s still five games to go – we just have to win our next five.

“We’re obviously disappointed. We didn’t play our best football. Valencia came and stopped us playing the way we wanted so you have to give them credit.

“We’re going to have a lot of ups and downs in a season. We’ve got to move on and not dwell on it.”