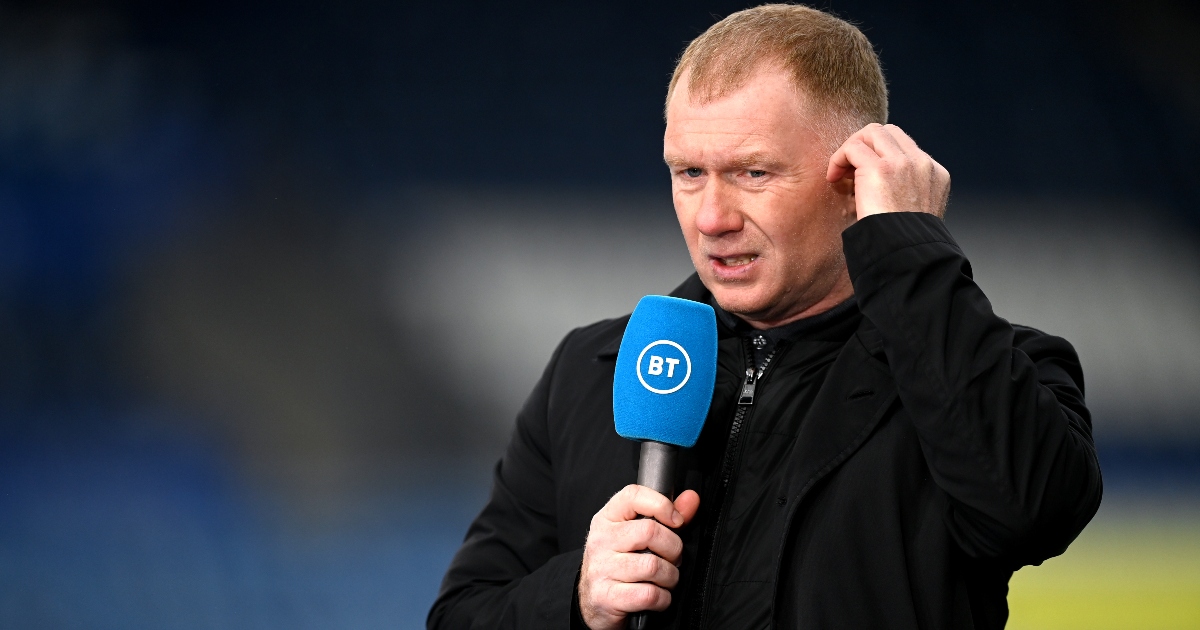 Paul Scholes has slammed Manchester United’s ‘disjointed’ performance in their 3-2 win against Atalanta on Wednesday night.

United were 2-0 down at half-time after an extremely poor showing. However, they came out the traps in the second 45 to win the match.

Cristiano Ronaldo was the hero once again after his header was his second late winner in as many Champions League matches for Ole Gunnar Solskjaer’s men.

Club legend Scholes, however, was less than impressed following the result. The first-half performance in particular ‘worried’ the former England international.

When asked if the win was worth celebrating, Scholes said on BT Sport: “Worth celebrating? You celebrate every win don’t you? The first half really worried me, as I said before.

“People are going to say I’m miserable and I’ll probably get slagged off by United fans, but I looked at that game thinking about Liverpool on Sunday, maybe it’s the wrong thing to do. Because I thought in that first-half United were all over the place. They were disjointed. They had the two midfield players playing on their own.

“Now if you do that against Manchester City or Liverpool, half-time it’ll be three or four-nil, you’ll be out of the game, you’re not coming back.

“Imagine Jurgen Klopp at home watching that game in the first half; rubbing his hands together.

Scholes added: “I just thought if United were playing a better team they would have been out of sight. They’re playing against Atalanta with five players missing, a defender who had to go off at half-time.

“It looked anything but a team, for me, it just lacked unity, it was six players. It was the back four, two holding midfield players and the rest. That was a worrying sign.

“I don’t want to sound like a party pooper because it’s a great night for the fans, great comeback, some really good goals, Cristiano the hero again winning us the game. But that first half was a major worry for me.”