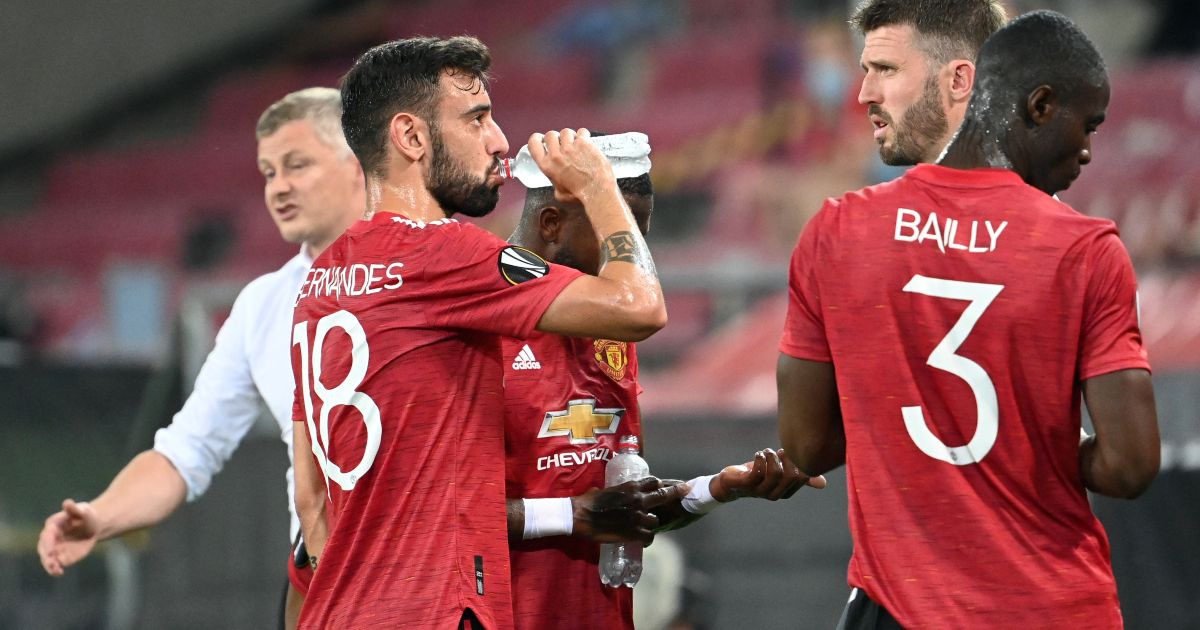 Eric Bailly has apologised to Ole Gunnar Solskjaer and his Man Utd team-mates over his behaviour following their victory over AC Milan in the Europa League, according to reports.

The Ivory Coast international has played 100 times in all competitions since his move from Villarreal for around £30m in 2016.

Bailly has been plagued with injuries throughout his Man Utd career with the centre-back struggling to put a run of games together over the last three or four seasons.

The defender has started 14 matches in all competitions this season with Harry Maguire and Victor Lindelof  currently Solskjaer’s preferred pairing.

A report on Monday claimed that Bailly has “had enough” at Man Utd as he doubts he will ever be a regular starting centre-back under Solskjaer.

Bailly was reportedly not happy about missing out on a starting position in their recent match against AC Milan in the Europa League, despite starting in the first leg.

However, it is now claimed that Bailly “apologised” to Solskjaer and his Man Utd team-mates over a furious outburst following the victory over the Italian giants – but he still wants to leave Old Trafford.

Duncan Castles of the Transfer Window Podcast said: “Man United have been trying to tie him down to a long-term contract, they’ve told him they have faith in him, they see him as part of their plans.

“They’ve offered him a pay rise and the talks, I’m told, were going well and the expectation was that Bailly was going to accept that increase in pay and new contract at Manchester United until last week, when Ole Gunnar Solskjaer decided to leave Bailly out of the team to play Milan away in the Europa League.

“Bailly played in the first leg and the expectation was that he would be able to retain his place because his performances had been good and continue to fight and displace one of Harry Maguire or Victor Lindelof as a starting first-choice centre-back.

“Bailly realised he was not going to be selected and responded in a disrespectful manner to Solskjaer. Bailly himself has accepted his behaviour was not appropriate and subsequently apologised to Solskjaer for what he did and also apologised to his team-mates.

“What hasn’t changed, however, is his position on his treatment from Solskjaer. His analysis is that he has not been getting a fair opportunity from the manager and the time has come to change things.

“He believes that matters are not going to alter if he signs that new contract at United and he wants to be playing football. At present his thinking is that he needs to go to another club this summer in order to re-establish himself as a starting footballer.”

Castles added: “I understand as part of those contract discussions he held conversations with Solskjaer and asked him about playing time and whether he could guarantee him playing time if he signed a new contract.

“And Solskjaer’s answer was that he couldn’t and that has contributed to Bailly’s doubts about whether Manchester United is the correct place to be.”